'I'm so OCD!' The Danger of Misusing Psychiatric Lingo

by Dave Roos Jan 26, 2017
James McAvoy stars in the movie "Split," a story about a kidnapper with multiple personalities. Universal/ Pictures/You Tube

"When I told my girlfriend I wanted to break up, she went completely psycho."

"The weather this winter has been totally schizophrenic — hot one day and freezing the next."

"My mom saves every single Little League trophy and participation ribbon from my childhood. She's such a hoarder."

Psychiatric lingo has become so embedded in everyday vocabulary that we use serious clinical terminology to describe experiences and conditions that have little if nothing to do with their medical definitions.

If someone is diagnosed as "psychotic," they don't exhibit uncontrollable anger. Schizophrenics don't suffer split personalities. And true hoarders have more than a hard time tossing out nostalgic memorabilia. They're paralyzed by the inability to throw anything away, even actual garbage.

While it might seem like harmless exaggeration to label your roommate's strict bathroom-cleaning schedule as OCD (obsessive-compulsive disorder) or complain that a moody co-worker is "bipolar," it can dangerously warp our understanding of the real conditions behind the lingo.

"OCD is a devastating disorder," says Dr. Robert Duff, a psychologist and author based in Southern California. "People with OCD can have extremely disturbing or intrusive thoughts, like people they love dying, disasters, things that cause them a great deal of discomfort. To hear somebody say, 'Oh, I'm totally OCD because I like to like to line up my pens at right angles,' it's a slap in the face to them."

Duff calls this the "crying wolf" effect. If everybody who likes to organize their underwear drawer or keeps a bottle of antibacterial hand sanitizer in their purse qualifies as "OCD," then it minimizes the experience of those who truly suffer from what can be a debilitating condition. Not only is it hurtful, but it can potentially create a barrier to seeking treatment.

"When a term is overused and minimized, people who are experiencing serious symptoms may think that apparently it's something that everybody has," says Duff, "so maybe I don't actually need help for it."

Another harmful side effect of misused lingo is that people who might really qualify for a diagnosis don't seek treatment because they do not understand the real symptoms. Take schizophrenia, for example. According to a survey by the National Alliance on Mental Illness (NAMI), 64 percent of Americans believe that having "split or multiple personalities" is a symptom of schizophrenia.

"Schizophrenic sounds like it should mean multiple personality because the root 'schiz' means 'a split,' says Duff. "But the 'split' it refers to is a splitting from reality, not splitting into different people."

So the disturbed main character in the new M. Night Shyamalan movie Split, who exhibits 24 distinct personalities, isn't schizophrenic, but suffering from dissociative identity disorder, formerly known as multiple personality disorder. The NAMI survey also found out that 60 percent of the respondents associated schizophrenia with violence, but in reality, most people with the disease are not prone to violence and prefer to be left alone.

"People with schizophrenia are experiencing things that other people don't experience," says Duff. "Seeing or hearing things that aren't there, having delusions that people are out to get them."

It's hard enough to get people with schizophrenia to seek treatment, but even harder when the individual or their family doesn't understand the true nature of the disease.

Yet another problem with the misuse and watering down of psychiatric jargon is that it turns everybody into a self-help expert.

"If someone's suffering from depression, for example, and they try to explain themselves to friends and family, they get a bunch of unsolicited advice," says Duff. "'Oh, I was depressed once, but I just started looking on the bright side of things, and that's what you've got to do.'"

The truth is that there's a big difference between temporarily "feeling depressed" and suffering from clinical depression.

"A lot of people don't realize that depression is different from 'grief' and it's different from being 'reactive' — being depressed after you bombed a test or lost your dog," says Duff. To urge a clinically depressed person to "think positively" or "snap out of it" can actually pull someone deeper into depression, "because it makes them feel misunderstood, alone in the experience, and like they're different than how depressed people 'should' be."

Now That's Cool
There are some really helpful online resources for learning more about mental illness and seeking treatment for yourself or loved ones. The Anxiety and Depression Association of America (ADAA) dispels common myths about phobias and panic attacks. And the International OCD Foundation offers detailed information and resources for OCD, hoarding, body dysmorphic disorder (BDD) and even OCD in kids.

The Stuff of Life Podcast Heads to Washington, D.C. 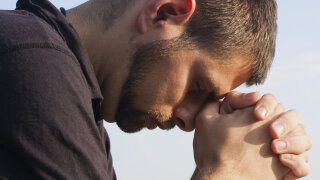 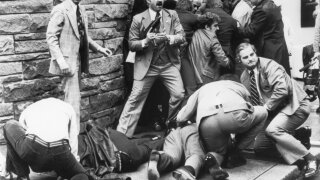 What is the definition of insanity?

Must-have Bar Essentials to Make Killer Cocktails at Home
May 21, 2020