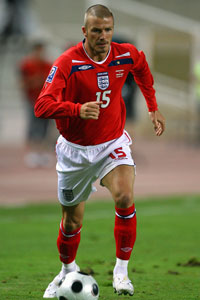 An estimated 5 to 7 million people in the United States have obsessive-compulsive disorder [source: New York Times]. The actual number may be even higher, representing 2 to 3 percent of the country's population [source: NIH]. No matter the number, OCD is a serious anxiety disorder, appearing equally as often in men and women (though it often appears earlier in men).

The components of OCD may be divided into two main categories: obsessions and compulsions. Obsessive thoughts produce a compulsive response in the form of frequently performed actions or rituals. People with OCD perform rituals, such as repeatedly washing their hands, as a way of suppressing or responding to these obsessive thoughts. Unfortunately, the obsessive thought -- in this case, that one's hands are dirty -- is nearly impossible to get rid of, despite being not being grounded in reality. Some rituals involve physical action while others only occur in the mind, such as counting stairs or the number of words a person says.

A person with OCD feels surrounded by disorder and the unknown, and rituals allow him or her to feel more in control. Many people with the disorder have a "magic number" that they apply to different actions, whether it's touching an object or chewing food a certain number of times. Besides repeated hand washing, common rituals include touching door knobs and other objects, counting, locking and unlocking doors, and arranging items in a symmetrical or orderly manner. Some people with OCD are obsessed with cleanliness and order, while others may be hoarders, unable to get rid of anything.

A common undercurrent of OCD is feeling plagued by doubt. Obsessive, doubting thoughts may lead someone with OCD to need constant reassurance that something is in its proper place or that an appliance is turned off. Whereas a normal person may wonder if his or her car is locked, then remember that it is and move on, someone with OCD would be so wracked with doubt that even a return to the car (or several) would not allay his or her fears. This lack of certainty, especially with regards to the safety of oneself and others, is a common feature of OCD [source: New York Times].

Many people perform OCD-type rituals every day. Who hasn't gone back home to make sure that an appliance is off or reassembled items sitting on a desk to make them look more symmetrical? But it's the obsessive, repeated and uncontrollable nature of these rituals that differentiates the OCD sufferer from a healthy person. These obsessive thoughts are also accompanied by extreme anxiety, which is then channeled into the ritual, itself seen as some sort of stress-management tool.

The obsessive thoughts of an OCD patient often go against personal, religious or societal ethics -- thoughts may be about harming others or engaging in other inappropriate actions. Some people with the disorder are obsessed with the idea that their actions (or lack of action) may harm others. The desire to tell some authority figure, such as a waiter at a restaurant, about the (usually remote) possibility of danger is called a reporting compulsion, and the consequences can be embarrassing. Restaurants, in fact, with the numerous possibilities for acquiring germs or an accident occurring, are a nightmare for many people with OCD.

Besides the pain of anxiety, OCD can be harmful because its rituals can consume a person's life, taking up hours of the day and affecting one's professional and social relationships. The simple prospect of going outside may seem impossible for someone who must bathe for hours just to feel clean. Tangible effects of OCD may include baldness from pulling at the hair or skin problems from excessive hand washing.

So what causes these compulsions?