Not even a week earlier on Jan. 31, 44-year-old French-Swiss chef Benoît Violier took his own life. His three Michelin-starred restaurant, Restaurant de l'Hôtel de Ville in a Lausanne suburb, had just been named the best in the world by La Liste.

Before Violier, it was 38-year-old Chicago chef Homaro Cantu, who hanged himself last April.

Like Violier, Cantu arguably was at the pinnacle of his career. He was chef at the Michelin-starred Moto restaurant in Chicago, was opening a brewery and finishing a second cookbook.

None of the chefs left a suicide note, leaving their families and colleagues struggling for answers.

Did the three successful and well-liked chefs succumb to the high-stakes pressures of fine dining? Their families may never know, but their deaths are certainly shedding light on what those working in the restaurant industry have known for years: Mental health issues plague the industry, and little is being done to address it.

That's the opinion of Sarah Ory, executive director of The Heirloom Foundation, which is working to combat issues like suicide, substance abuse and the impact of long hours in the restaurant industry. She and her husband, chef Jonathan Ory, started the nonprofit two years ago.

"It's something that's really close to us. We've lost a lot of friends. We've seen a lot of families affected by it and we wanted to do something about it," she says.

Addressing and acknowledging that there's a problem is a huge first step, Ory explains. Kitchens are notoriously volatile, with long, hard hours. And many veteran chefs think up-and-comers must "earn their stripes" in a punishing environment. Changing that thought process has proven difficult.

"People don't want to look too closely in the mirror and admit there's a mental health problem and substance abuse [in the restaurant industry]," Ory says. "We are trying to get chefs together to start a dialogue and make it more public. It's a hard sell, but it's becoming easier."

Another problem? There's also no hard evidence or statistical research on the subject to back up what so many in the industry know exists. But food writer and TastingTable.com editor at large Kat Kinsman recently launched the website Chefs with Issues and is conducting an anonymous survey for all types of food professionals about stress, mental illness and addiction.

So far Kinsman has more than 1,000 respondents and is working with Ory and The Heirloom Foundation to interpret the results. Chefs with Issues also provides links to resources and articles for those who might need help, as well as message boards where restaurant workers can sound off.

While pressures in the workplace are increasing across many industries, for chefs on a constant quest for perfection, the stress can be unbearable. The problem is the work isn't even considered to be demanding. Case in point: No culinary job even registered on CareerCast.net's 2016 list of the most stressful (or on the HowStuffWorks list below). It's commonplace for kitchen workers to log 12- to 16-hour days with no paid sick days, family leave or paid time off.

"We are asking restaurant owners to implement policy changes that cost them money when their profit margin is already so small,” Ory explains, “but I'm confident when we look back 10 to 20 years it will be different.”

These recent suicides are bringing the subject to the forefront. Ory says that it's especially hard on those in the industry who are reminded of other friends they've lost when these tragedies make headlines.

"It makes me feel an enormous amount of responsibility to push even harder on increasing awareness. If we can do that, I'm hopeful that we can change lives and save lives" she says.

Committed a Super-serious Sin? Head for a Super-confessor! 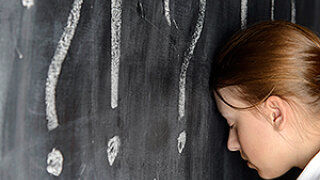 5 Warning Signs and Symptoms of Suicide

10 Most Stressful Jobs in America 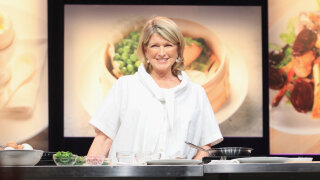 Who does the cooking on cooking shows?