In South Korea, public health officials have identified internet addiction as a full-blown national epidemic. An estimated 1 in 10 Korean teenagers is believed to be in the grips of an online addiction -- mostly gaming, but also pornography and social media -- and the Korean government spends millions of dollars to help kids get clean at hundreds of residential rehab centers like the Internet Addiction Prevention Center.

The problem may be even worse in China, where state agencies estimate that 24 million youth are hooked on the internet, sometimes spending three days straight in crowded cybercafes on gaming benders. China was the first to recognize internet addiction as a clinical disorder in 2008 and has tried to curb the problem through military-style boot camps that some critics equate to prisons. Controversial tactics have led to several deaths, most recently an 18-year-old who was allegedly beaten to death within 48 hours of checking into a Chinese rehab facility.

Outside of Asia, internet addiction is still met with some skepticism by the public and the psychiatric community. Internet or other technology addictions aren't included in the American Psychiatric Association's Diagnostic and Statistical Manual of Mental Disorders (DSM-5), although the most recent edition shortlisted "internet gaming disorder" as a "condition recommended for further study."

Citing the latest research on internet addiction in Western countries, the American Psychiatric Association says that 0.3 to 1.0 percent of the general population "might qualify for a potential acute diagnosis of Internet gaming disorder," based on the DSM-5 criteria, which requires gamers to experience five or more of a list of symptoms like withdrawal when the gaming is taken away, tolerance (the need to spend increasing amounts of time gaming), inability to reduce playing, and lying to family members about time spent gaming, among others.

Even if the percentage of young Americans who suffer from internet addiction is small, that doesn't make the condition any less real, says Dr. David Greenfield, an assistant clinical professor of psychiatry at the University of Connecticut School of Medicine and founder of the Center for Internet and Technology Addiction, an outpatient clinic.

"There's not a doctor that practices that hasn't seen this issue," says Greenfield, whose own research puts the number of technology addicts at closer to 5 percent. "I'm not saying it's a national epidemic equivalent to the opioid crisis and that people are dropping like flies, but I think It's a substantive mental health and addiction issue in the U.S."

As of right now, there's only one residential treatment center in the U.S. exclusively for technology addictions (although several other school-based and wilderness programs include therapies for addictive behaviors related to gaming, pornography and social media). Opened in 2009, reSTART offers long-term treatment programs for both adults and adolescents (13-17) designed to detox residents from their online addictions and transition back into healthier lives.

Hilarie Cash is a licensed mental health counselor and one of the founding members of reSTART. She says that the decision to enter a program like reSTART is almost always made by parents who fear for the health and safety of an adolescent or adult child who is living his entire life online, playing games for up to 18 hours a day with little or no other social contact. ("His" is an accurate pronoun. Cash says that in eight years, only seven women have passed through the program.)

"They're malnourished, physically unfit, psychologically anxious, depressed, and some of them have begun stealing from parents -- stealing credit cards to buy stuff online," says Cash. "Almost all of them have reached a point of depression and anxiety; for some it's reached the point of suicidal thinking and a real sense of hopelessness, because they're so caught in their addictive cycles."

Residential treatment for technology addiction is modeled after residential rehab programs for substance addictions like alcohol or drugs. The residential component is critical for both chemical and behavioral addictions, says Cash, because you can't help an addict while they're using. There needs to be an intensive period of detox before productive therapy can really begin.

Anthony and Nikhil (last names withheld) wait for Dakota, the house dog, at reSTART, a rehabilitation center for internet addiction, in Fall City, Washington, on May 13, 2016.
David Ryder for The Washington Post via Getty Images

At reSTART, that intensive detox phase lasts for 45 to 90 days. During that time, Cash says, residents live together in a technology-free environment, learning social skills and life skills (cooking eggs, cleaning toilets), getting physical exercise, and eating and sleeping well. There's also daily group and individual therapy sessions that focus on the underlying psychological issues driving the addiction. There are separate campuses for adults and adolescents (reSTART launched its adolescent program in 2017).

After the first intensive phase, residents move into apartments together for six months, building their confidence and making a "life balance plan" for how they're going to safely use computers and other technology in the future. After those six months, adults can transition to fully independent living, and teens can either go back home or stay on as part of a school program (reSTART is also a licensed private school).

No one can be kept at reSTART against their will, says Cash. Even a 13-year-old, under Washington law, has the right to refuse treatment at a rehab facility. Cash says that plenty of young people arrive with a highly "skeptical" attitude that a) they have a problem; or b) that reSTART can do anything about it.

"We find that given enough time, almost everybody will reach a point where they begin to gain a healthy perspective on their addiction, start to change and wake up to life," says Cash. "If they leave too early, then it doesn't happen, and not all families are willing to commit to the time it takes."

For those that stay, reSTART seems to work. According to a reSTART parent survey from 2015, only 8.3 percent of parents said that their family member was able to control their technology use before entering reSTART. When asked the same question up to two years post-treatment, 61 percent of parents said their family member was "extremely, moderately or slightly able to control" their internet and digital media use. That leaves around 30 percent who relapsed.

Unlike alcoholism or drug addiction, where former addicts avoid any and all contact with their addictive substance, former internet addicts need to use computers and smartphones in order to function in the modern world. That can be very difficult, says Cash, but doable.

Since internet or other technology addictions aren't recognized as clinical disorders, they're not covered by insurance, and programs like reSTART aren't cheap. Cash says that a 45-day intensive stay runs about $25,000 or $550 a day. Even if technology addiction was included in the DSM-5, it's unlikely that treatment centers would even accept insurance.

Greenfield at the Center for Internet and Technology Addiction says that he doesn't accept insurance because the reimbursements are so low. "We wouldn't be able to keep our doors open," he says, adding that rehab facilities for drug and alcohol addictions almost always ask for payment in cash. The best-known residential treatment centers for substance abuse also charge around $20,000 for 30 days.

Despite the price, the demand for residential internet addiction treatment centers is increasing, says Greenfield, who is planning to open his own 15-bed treatment facility in Connecticut, the first on the East Coast.

"Everyone's very much in favor of it -- the regulatory bodies, the department of public health, the town, the state licensing agency -- they're all supportive and see the need for it," says Greenfield. "It's not like they're saying, 'This is crazy.' When I started treating internet addiction in the late '90s, people thought I was nuts."

Hottest Gas Giant Ever Discovered May Be Evaporating to Death

Could Gut Bacteria Become the Next Sports Drink? 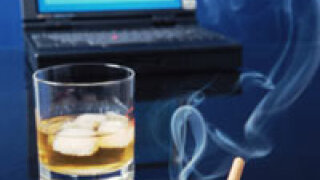 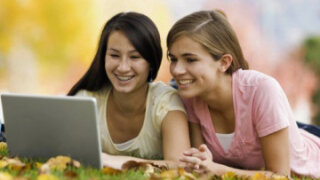 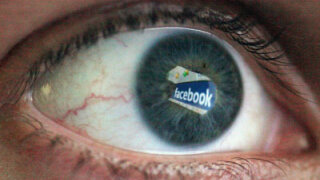