Since schizophrenia may not be a single condition and its causes are not yet known, current treatment methods are based on both clinical research and experience. These approaches are chosen on the basis of their ability to reduce the symptoms of schizophrenia and to lessen the chances that symptoms will return.

Antipsychotic medications have been available since the mid-1950s. They have greatly improved the outlook for individual patients. These medications reduce the psychotic symptoms of schizophrenia and usually allow the patient to function more effectively and appropriately. Antipsychotic drugs are the best treatment now available, but they do not "cure" schizophrenia or ensure that there will be no further psychotic episodes. The choice and dosage of medication can be made only by a qualified physician who is well trained in the medical treatment of mental disorders. The dosage of medication is individualized for each patient, since people may vary a great deal in the amount of drug needed to reduce symptoms without producing troublesome side effects.

The large majority of people with schizophrenia show substantial improvement when treated with antipsychotic drugs. Some patients, however, are not helped very much by the medications and a few do not seem to need them. It is difficult to predict which patients will fall into these two groups and to distinguish them from the large majority of patients who do benefit from treatment with antipsychotic drugs.

A number of new antipsychotic drugs (the so-called "atypical antipsychotics") have been introduced since 1990. The first of these, clozapine (Clozaril®), has been shown to be more effective than other antipsychotics, although the possibility of severe side effects—in particular, a condition called agranulocytosis (loss of the white blood cells that fight infection)—requires that patients be monitored with blood tests every one or two weeks. Even newer antipsychotic drugs, such as risperidone (Risperdal®) and olanzapine (Zyprexa®), are safer than the older drugs or clozapine, and they also may be better tolerated. They may or may not treat the illness as well as clozapine, however. Several additional antipsychotics are currently under development.

Antipsychotic drugs are often very effective in treating certain symptoms of schizophrenia, particularly hallucinations and delusions; unfortunately, the drugs may not be as helpful with other symptoms, such as reduced motivation and emotional expressiveness. Indeed, the older antipsychotics (which also went by the name of "neuroleptics"), medicines like haloperidol (Haldol®) or chlorpromazine (Thorazine®), may even produce side effects that resemble the more difficult to treat symptoms. Often, lowering the dose or switching to a different medicine may reduce these side effects; the newer medicines, including olanzapine (Zyprexa®), quetiapine (Seroquel®), and risperidone (Risperdal®), appear less likely to have this problem. Sometimes when people with schizophrenia become depressed, other symptoms can appear to worsen. The symptoms may improve with the addition of an antidepressant medication. 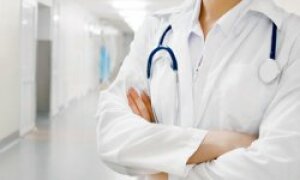 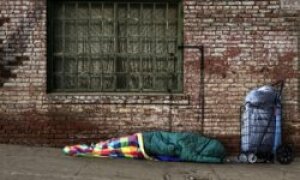