Could This Snore-canceling Device Save Your Relationship?

Browse the article Could This Snore-canceling Device Save Your Relationship? 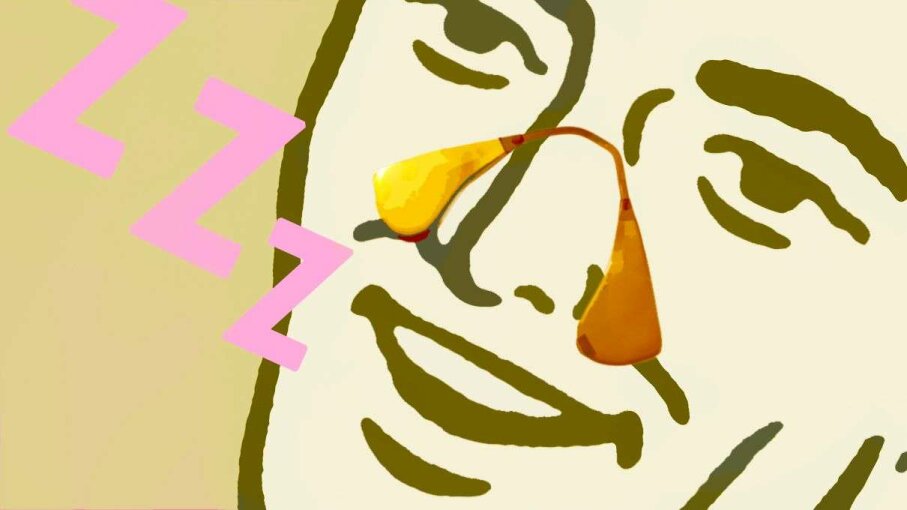 This device cancels out snoring using sound waves. Sounds like a dream for the non-snoring bed partner! CSA-Images/Getty/Silent Partner

We've all heard that money is a leading cause of divorce. But if you live with a person who snores, we'll bet you beg to differ.

Approximately 90 million Americans snore — 37 million regularly — according to the National Sleep Foundation. And that, reports NBC News, drives an estimated one in four married couples to sleep in separate rooms because one of the partners snores — a phenomenon called "sleep divorce."

Co-founders of a U.S.-based startup want to keep couples together, by blocking the very thing—snoring — that keeps them apart. They've designed the "Silent Partner," a new device that uses noise-canceling technology to block snores.

The Silent Partner resembles the nose strips you'd buy at your local drugstore. It's flexible and is designed to fit faces of all shapes and sizes. Here's how it works: You place it over your nose, press down on the adhesive tabs on either side, turn it on and go to sleep. According to a video posted on the company's Indiegogo page, the Silent Partner detects the sound waves created by snores and sends out sound waves that block the noise. In effect, it traps the snoring party in their very own bubble so their partner can sleep in peace. (The creators note that the product is not for people with sleep disorders, like sleep apnea.)

The technology hasn't been tested in any kind of study, but one sleep expert already has ideas about whether or not it will work.

Boris Chernobilsky, M.D., is assistant clinical professor of otolaryngology at Mount Sinai Beth Israel in New York. "It looks like a very interesting device that has the potential to work," he says via email. "The concept is simple — analyze the wavelengths of sound and then send out an exactly opposite wavelength out to cancel the sound so that a listener would not hear it."

Chernobilsky notes that similar noise-canceling technology has long been used in various industries, like aviation, construction, manufacturing and farming.

But he's skeptical that it will work to silence snoring. "First of all, the device is very small, which means there is a limit to how much processing power and sound generation power it has," he says. "Snores are very complex sounds that are constantly changing in frequency and volume. In order to cancel the sound, a wave has to be opposite in frequency and amplitude and I am skeptical that this small device can do that.  The loudest snores recorded have reached the 96 decibel range. Perhaps this may work for soft snores that are pretty consistent throughout the night."

Chernobilsky says he's also not sure that the Silent Partner will stay on a person's face throughout the night. "People tend to roll over, put their arm on their face, bury their face in the pillow and I am not sure two several-millimeter adhesives are going to do the trick."

But the team behind it are confident that it will work, and so are a lot of other people. To date, the company's raised more than half a million dollars through the fundraising website Indigogo. They've set a tentative release date of November 2016. The product, which retails for $67, is sold out in pre-orders, though you still can order the kit, containing the Silent Partner, charger, stand and travel bag for $121.

Now That's Interesting
Dr. Chernobilsky thinks a better way to cancel out annoying snoring noises would be to use hearing aids as ear plugs. "They are more likely to stay in the ear and work with both physical blocking of the sound waves and cancellation of the waves," he says. But the cost would deter most people. "Of course, you get what you pay for. Noise cancelling aids run well over $3,000 a pair, not $121 [like the Silent Partner]."