Do you need sleep drugs? 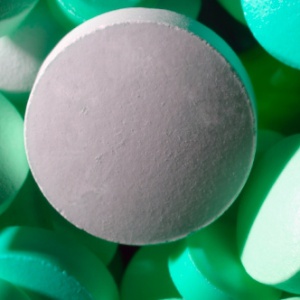 There are several varieties of sleep drugs that can be used for specific sleep problems.
iStockphoto/Thinkstock

For some people, medications or herbal supplements can be the answer to sleep problems — if you know the right one. Despite the fact that thirty-five million prescriptions for sleep medicine were written in the United States in 2005 (twice as many as in 2000), many docs don't prescribe medications that are intended to get at the source of the problem. This guide will help you and your doctor make the decision that's right for you.

You're just beginning to experience some mild sleep problems.

Try Benadryl. The nonaddictive OTC option contains an ingredient that makes you groggy (it's also the ingredient in OTC sleep medications). If you don't have pains or other symptoms, stick to straight Benadryl. But if you do, you can add an OTC medication with a painkilling element. Downside: You may feel groggy in the morning and suffer memory problems. If so, stop it.

You're jet-lagged or work shift work.

Try melatonin. Available in health-food stores, this supplement helps reset your body clock and is a first-line therapy for travel-related sleep issues. The dose varies between 0.5 and 5 milligrams, so you'll have to experiment with dosing to see what works best for you.

You've had sleep issues over an extended period of time.

Try Ambien or Ambien CR or Lunesta or Rozerem. This long-acting prescription will give you less of a hangover than other drugs may, but some docs feel it is addictive. The controlled-release (CR) version will give you a boost after four hours to avoid middle-of-the-night awakening. Lunesta works like Ambien but is thought to be nonaddictive. Rozerem works like melatonin in our opinion, and it is nonaddictive.

You wake up in the middle of the night.

Try Sonata. This fast-acting prescription hypnotic drug is good if you wake up in the middle of the night, because its effect is quick and won't last all night. It works to initiate your going back to sleep, but it will not keep you asleep.

You can't get to sleep because you're worried or depressed.

Try Desyrel. This antidepressant is less expensive than some of the popular sleep drugs, and it's (trazodone) actually one of the most popular drugs prescribed for sleep, because it's effective and nonaddictive. It works even if you're depressed, as the doses are much lower than for treating depression. One side effect: priapism (which is maintaining erections for a lot longer than you want). Amitriptyline, an older antidepressant, may also be effective, but has caused constipation in our patients.

You kick so much that you're considering trying out for the Chicago Bears.

How Sleep Deprivation Works
Can you die if you don’t sleep?
Why Some People Can't Sleep Without a Fan