For some snorers, the simple act of snoring, and the mild respiratory obstructions that cause it, can keep you from sleeping deeply. (It's called Upper Airway Resistance Syndrome, and it's one of the things my sleep study says is troubling me.)

In more serious cases, snoring becomes the first sign of sleep apnea, a very common and very serious sleep disorder. Apnea occurs in several forms, but the basic idea is that blockages in the airway cause a momentary but complete halt in breathing. These respiratory interruptions can continue, on and off, for hours, driving the amount of oxygen in the blood to dangerously low levels, depriving you of rest and setting you up for serious long-term problems, including heart disease and high blood pressure. In extreme cases, apnea victims can even suffocate in their sleep.

Apnea is most common in middle-aged, overweight men, but anyone whose snoring becomes louder or more frequent, or who wakes sputtering and gasping for air, should seek a diagnosis immediately. Read a firsthand account of sleep apnea. 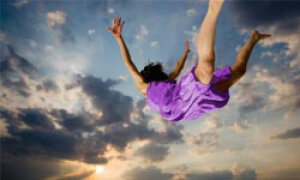