10 Things You Need to Know About Adoption 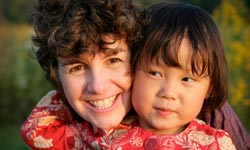 Adoption is one way to make a family.
©iStockphoto.com/ParkerDeen

From marrying and having children to hanging with (or avoiding) relatives and making friends, how we determine the folks we count as family is as varied as our society. This means we can establish our family through multiple ways -- such as adoption, an increasingly mainstream choice.

In fact, within the United States in 2009, 2.3 percent of men and 1.1 percent of women were looking to adopt, and 1 out of every 3 women has at least thought about adopting. Even today's major U.S. companies have given a nod to adoption; an estimated 50 percent have implemented some form of assistance [source: Adoptive Families Magazine].

However, as common as adoption may be, there are still several prevailing myths related to the adoption process -- be it from fictional accounts or more sensational stories grabbing news headlines. When you compound these myths with the number of decisions and steps during the adoption process, it can be stressful for those people seeking to grow their family.

One way to kick some of that stress to the curb? Get the facts. Read on for the ins and outs of the adoption process.

With the spotlight seemingly always on celebrity adoptions -- especially celebrities adopting abroad -- you may think that most adoptions are international, but both domestic and international adoptions are common. In fact, annually, about 25,000 to 30,000 infants are adopted in the U.S. That number buries the total of all intercountry adoptions, considering that, in 2008, those totaled 17,438 [source: Adoptive Families Magazine]? So how do they vary?

First, remember that the decision is personal -- whether to adopt here or from an eligible international area, such as Asia, Latin America or Eastern Europe. It's only then that other factors come into play, including cost. Domestic adoptions are usually less expensive -- around $20,000 to $25,000. Intercountry adoptions typically range from $25,000 to $35,000, depending on travel and fees [source: Adoptive Families Magazine].

Processes also vary. For domestic adoptions, you can usually use an agency or lawyer. For intercountry adoptions, though, you typically work with a U.S. private, nonprofit agency that partners with an organization in the child's country.

Although timelines have a wide range, as well, waits are far from the mythical "forever." Instead, an international adoption can come in at fewer than two years, a domestic adoption of an infant averages around two years, and adoption of a domestic child from foster care can vary from about two months to a year [sources: Adoptive Families Magazine, Cody Epstein].

What is an open adoption?

Some folks assume that an open adoption means that the birth parent(s) maintain a significant role in the child's life after adoption. However, that really isn't the case. Most of the time in an open adoption, the parties involved determine the desired level of ongoing contact even before the baby is born. Information -- perhaps through letters or e-mail -- is then exchanged within those defined parameters, usually through a middleman.

When seeking a private adoption, you can take three routes -- using an agency, a lawyer or a combination of the two.

Agencies set criteria on who they accept, and you'll have to apply. If you're accepted, you wait to be matched or selected by a birth mother affiliated with the agency. You get the full range of adoption services and support throughout, but the agency's criteria and birth parents' involvement in the selection can create an unpredictable timeline.

With an adoption lawyer, you and your lawyer seek out the birth mother on your own. This could be through mailing resumes to obstetricians, advertising or creating a Web site. That said, although you're in control and outside of agency restrictions, costs and time can vary. Also, adoptions via a lawyer are illegal in Colorado, Connecticut, Delaware and Massachusetts.

In a hybrid of the two options, sometimes you can use a lawyer to help find the birth mother and an agency to complete the remainder of the process. This can help connect you with those additional agency services, such as home study assistance (which we'll discuss more in an upcoming section) and counseling.

To avoid adoption scams, proceed with some caution and sound judgment. Use licensed facilitators, and ask for references. Be wary of requests for money orders that come in fast and furious -- remembering also that your agency or lawyer will manage all transfer of funds. Find out how your potential agencies screen birth mothers, such as having to prove pregnancy.

Although the goal of foster care is to be able to return the child to the birth parent(s), that isn't always possible. And when that's the case, potential parents are able to serve as foster parents and then adopt, or adopt right away.

If you'd like to enter into the process, you will connect with a public agency and complete an application. Prospective parents enter an orientation and prep class and start a home study. A family caseworker partners with you during the process, and a child caseworker, representing the child, seeks you out.

Adopting a child from foster care is a different world when it comes to costs and timelines. Low fees, from $1,500 to $3,500, are basically erased by government assistance. You may also qualify for ongoing government-sponsored subsidies. And although your application, home study and wait for a child matching your requirements may vary, once a birth parent loses parental rights, adoption finalization can run about six months [source: Adoptive Families Magazine].

If you're a private person, you might find the adoption process a little uncomfortable. You'll have to share a great deal of information about yourself, your family and your home life during a home study, also known as a family profile. The home study is a final written document prepared by a social worker as one of the last pieces of the adoption process. And however nervous it makes you, the results are rarely negative -- it presents the chance to learn about adoption and, ultimately, serves as a protective measure for the child.

So what's involved in a home study? Typically, through written documentation, interviews and at least one visit to your home, your social worker pulls together a document that outlines specific details on you and your family, such as financial well-being, references, the neighborhood you live in, health history and family history. As you start the home study process, if you have any concerns about your status due to things like financial challenges or a criminal record, get those out in the open at the beginning.

Who is eligible to adopt?

Wondering if you can adopt a child? Chances are, the answer is that you're eligible. Although states have their own individual requirements, the main goal is finding stable, mature parents for the child. This means you don't have to be wealthy, married or a certain age. And, at this time, most states allow single people and gays and lesbians to adopt [source: Dave Thomas Foundation For Adoption]. 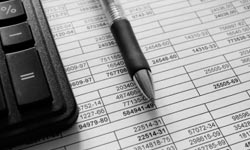 Take a look at your finances -- and remember help is out there.
©iStockphoto.com/picha

If cost is a hurdle in your adoption journey, you may not be aware of some of the financial assistance, such as military subsidies and employer benefits, that's available. And although this assistance might not get you over that hurdle completely, just knowing what's out there can help:

If you've ever needed specialized medical attention, you probably sought out a specialist. Well, when it comes to your future or new child's health, you can do the same thing.

Physicians who specialize in adoption medicine have unique experience in coordinating care for adopted children, both domestic and international. Often, the adoptive child has received very little prior care, and there are poor medical records and no family history to work from. He or she may also have lived in more trying circumstances, suffering neglect or contracting uncommon illnesses, such as tropical diseases.

These doctors are well-versed in the conditions of orphanages abroad. They're knowledgeable about the referral process for unique needs and can implement future care with an eye on the past. They can also assist with pre-adoption counseling, such as reviewing the child's health and available records.

To connect with a physician specializing in adoption medicine, you can call your area hospital, check with a local adoption agency or refer to the adoption and foster care information on the American Academy of Pediatrics Web site.

When you adopt a child from another country or with a different ethnic background as yourself, your family becomes multicultural or multiracial -- meaning that it's not just an identifier for your new family member, but also for the entire family. As you consider if this is the right path for you, there are some questions to ask yourself, such as:

After you have moved down the adoption path and are getting settled in, two ways you can authentically help your child is to truly believe you are the best parent for him or her and have a zero-tolerance for any negative remarks directed at your family [source: Child Welfare Information Gateway].

So how can you help your child maintain his or her culture? Here are a few tips to get started:

If there's ever a time to put yourself in someone else's shoes, adoption is it. By understanding some of the effects adoption may have on a child, you can move forward with his or her needs in mind.

For example, your child may be experiencing emotions of loss and grief. Maybe your child is wondering why he or she is adopted. Even missing pieces of his or her past, such as medical history and family details, can be unsettling.

What can you do to help your child overcome or manage the questions he or she may have and how can you combat self-esteem issues that might develop? As it turns out, there are options available to you, and your adoption agency may actually provide them. You can (and should) use assistance from counseling or support groups.

After the long journey of the adoption process, you finally get to take your child home. But the transition home can take time, and you may even find yourself feeling overwhelmed at first.

So, as you make that transition, consider the following. First, if you have other children, they may have some initial conflicts or feelings of jealousy. Second, it also will take time for your new child to adjust to your family. Third, your new child may be experiencing emotional issues related to being adopted or even from negative experiences prior to joining your family.

Keeping these things in mind, it's important to tread lightly, perhaps taking some time off from work and slowly easing into your new family life. Put an emphasis on enjoying the slow process and celebrating the successes. Also, if you worked with an agency -- or even if you didn't work with an agency, you can seek one out -- there are post-adoption services, such as counseling, classes and other education, available to you.

As overwhelming as the adoption process may seem, there are plenty of resources to get you up to speed. Here are a few: 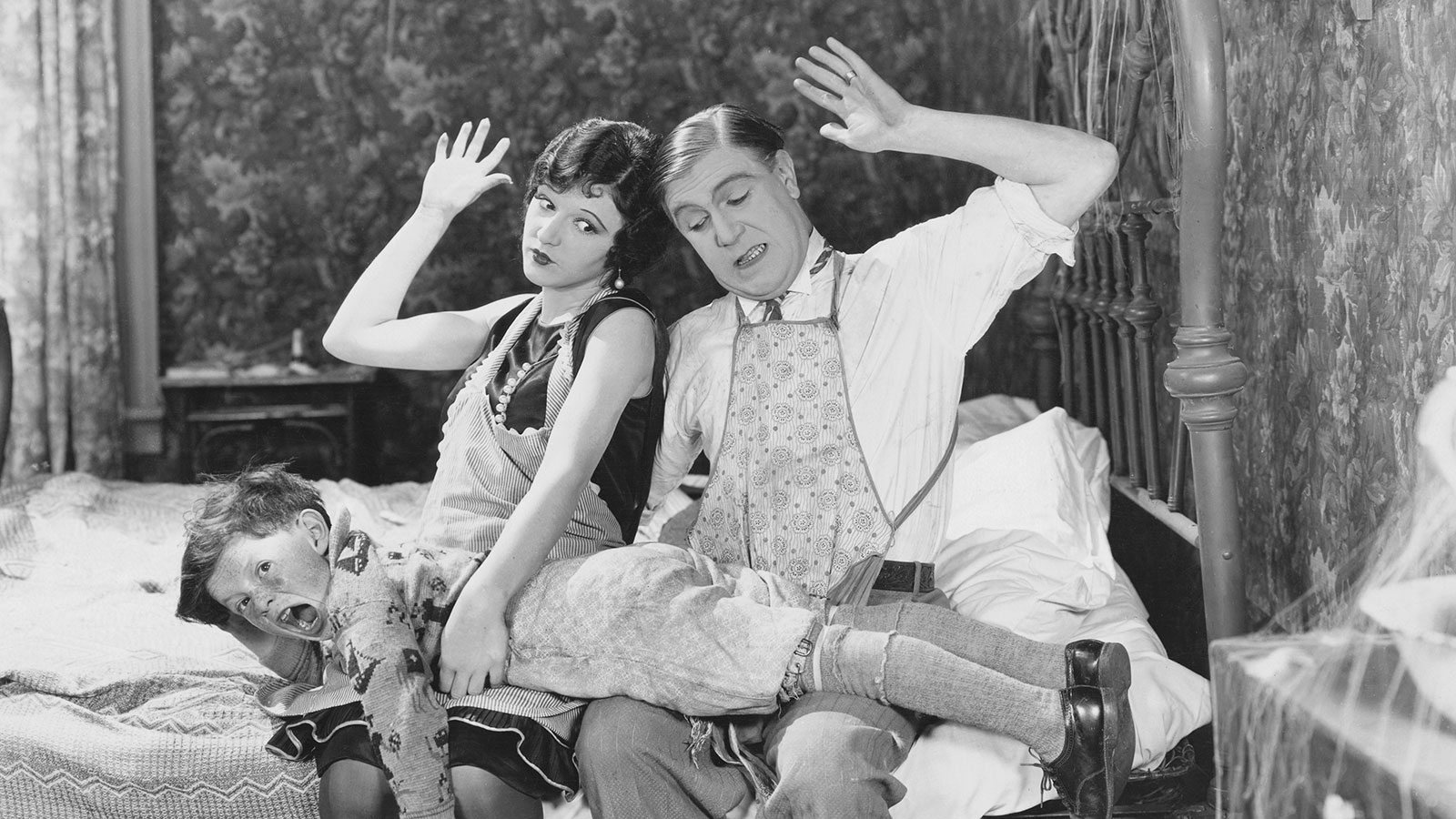