by Kate Kershner Jun 2, 2016
The NIFTY cup is made out of silicone and could cost $1. PATH/Patrick McKern. Photograph is reprinted courtesy of PATH. All rights reserved.

While starvation and food insecurity are well-known international crises, it's not the only global health issue that infants face when it comes to receiving adequate nutrition. Infants who are not able to nurse — either due to a feeding disorder, health issue, or maternal death or sickness — are at risk for starvation or malnutrition.

The World Health Organization recommends cup-feeding these infants. In areas with poor water quality and high risk of infection though, bottles, with their various nooks and crannies, can be rife with bacteria. Plus, cups are poor vessels for a baby trying to feed: The flow of the liquid is difficult for an adult to regulate, and the infant can't control the pace.

But a collaborative team from the University of Washington, Seattle Children's Hospital and the global nonprofit PATH have what they think might be a solution: the Neonatal Intuitive Feeding Technology cup. The NIFTY cup is made out of soft silicone and comes with a small, basin-like lip. Breast milk can be easily hand-expressed into the larger cup, while the small basin keeps a half a millimeter reservoir of milk for the baby to drink from.

You can get a good idea of how breast milk flows in the NIFTY cup in this video.

Christy McKinney, a clinical assistant professor in oral health sciences at the University of Washington and a co-principal investigator on the NIFTY cup project, explains that the design puts the infant in charge.

"They pace the feed because they're the ones deciding through their jaw movement and their tongue movement when to bring more milk into their oral cavity. That helps the infant be more participatory in the feeding experience," McKinney says.

Without proper pacing, the infant is at risk for aspirating the milk, spitting up or out a rush of liquid, not to mention the spillage that can occur. About one-third of breast milk is spilled during a cup feed, which is significant when we're talking about nine to 12 feeds a day.

McKinney points to research by fellow NIFTY cup researcher Robin Glass, an occupational therapist and lactation consultant at Seattle Children's Hospital, which estimates for a 33-week preterm infant who weighs just shy of 4 pounds (1.8 kilograms), 2 teaspoons of milk per feed would be the difference between adequate and inadequate intake. In other words, losing small amounts of milk can lead to big problems.

A pilot study took place in India, led by researchers at Sri Ramachandra University. The cup was tested in infants with oral clefts and preterm infants, and different health care providers got a look at it, too. "One of the things they [health care providers] really liked about it was the material — it's so much softer," McKinney says. That's actually a serious concern: McKinney points out that preterm infants have extremely tender mouths. Cups made from rigid or hard materials can easily cause oral injuries, which in turn lead to infection.

The NIFTY cup's silicone design can be easily boiled or autoclaved for sterilization, a boon in communities with high infection risk. The round, smooth design also prevents bacteria from hiding out in nooks and crannies.

One other benefit to the NIFTY cup shouldn't be forgotten. "You just have a calmer feed," McKinney says.

And there's no arguing that every baby deserves a peaceful feeding.

NOW THAT'S COOL
The NIFTY cup designers just announced that they're teaming with Laerdal Global Health to bring the NIFTY cup to market. The NIFTY cup should be available to hospital workers in Africa this year, and it could sell for $1 per cup.

Migraine May Be Linked to Faster Estrogen Drops During Menstrual Cycle 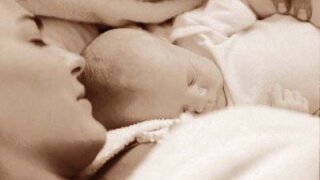