What to Expect From a Newborn

Browse the article What to Expect From a Newborn 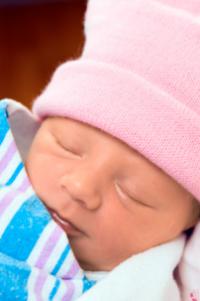 See what to expect with your newborn. See more baby care pictures.
Jupiterimages/Cornstock/Thinkstock

A quick rundown of the typical sequence of events follows, although you should remember that all children are different:

Excerpted from Pregnancy For Dummies™, published by John Wiley & Sons.

For more information on "Pregnancy For Dummies®", or other books, visit Dummies.com.