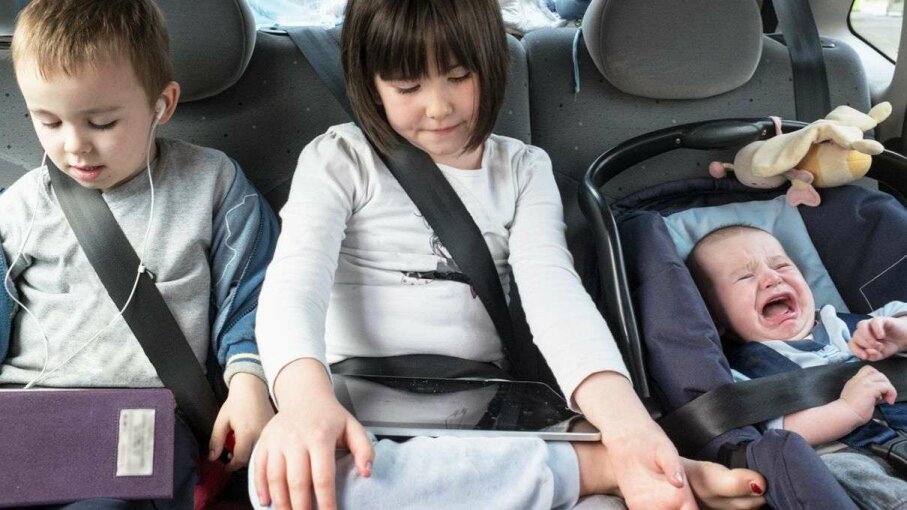 A new study looked at parents' use of mobile phones and tablet devices to calm children. Edward Carlile Portraits/Getty Images

Children who throw tantrums may be more likely to get an iPad than a "time-out" when compared to their less problematic peers, according to a new pediatrician-led study.

The study's findings, published in a research letter in the February 2016 issue of JAMA Pediatrics, purport that children having social and emotional difficulties are more likely to be given a tablet, smartphone or other mobile technology as a way of restoring peace and order. The small study also found that children living in low-income homes are especially likely to receive mobile tech as a calming device.

"We found that the less control and more frustration parents felt over their children's behavior, the more likely they were to turn to mobile devices to help calm their kids down," says Dr. Jenny Radesky, lead author of the study, which was conducted during her tenure at Boston Medical Center.

Radesky, a child behavior specialist and assistant professor of pediatrics at the University of Michigan's C.S. Mott Children's Hospital, studied 144 healthy children ages 15 to 36 months. All came from low-income homes and had parents willing to answer questions about the likelihood of using a smartphone or tablet to soothe a child during a variety of situations. Children with the most difficult behavior were more likely to be given mobile technology, but all the children in the study used mobile technology in circumstances ranging from eating, doing chores, being in public and settling in for bedtime.

"iPads do help calm children in the moment, but they do not teach children how to handle their emotions," says Melissa Schwartz, co-founder of Leading Edge Parenting and co-author of Authentic Parenting Power and Emotionally Healthy Discipline, via email. "Electronics, video games and TV/movies distract children (and adults!) from their challenging emotions, which is why they appear to calm children down. But once the show is over or the child is 'done' with the iPad their uncomfortable emotions will come back, and often more magnified."

"We're interested in identifying the ways that mobile devices sometimes interfere with family dynamics, but also how we use them as a tool to increase parent-child interaction," she says. "Other studies show that increased television time can hinder young children's language and social development, partly because they reduce human-to-human interaction."

There's also evidence that using electronic devices to calm children down are not effective in the long run, as children may interpret access to the devices as rewards for their negative behavior. "They do not give children the skills to handle their emotions," counters Schwartz.

Now That's Cool
An Oxford University study reports children who play an hour of video games every day are happier, more social and less hyper than children who don't play video games. The games, researchers posit, offer intellectual challenges and the self-realization that goes along with exploration.