Activities for Kids with Speech Impediments 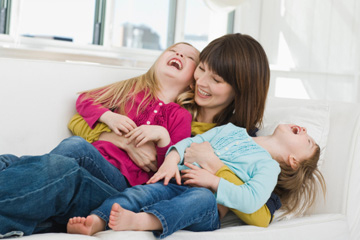 Reinforce the progress your child makes in speech therapy with these activities.
TLC

It's normal for a kid to start out not being able to pronounce certain sounds. The irregular pronunciation usually becomes a part of the family vocabulary. But sometimes, those speech irregularities, such as a lisp or a stutter, don't go away -- that's where speech therapy comes in. There are a few activities families can do along with the speech therapist, too.

Does Metformin make you more fertile?
How should you discuss tragedies with your child?
Am I Turning into my Mother? 5 Traits You Inherit from Mom