Is childhood mental illness on the rise or overdiagnosed? 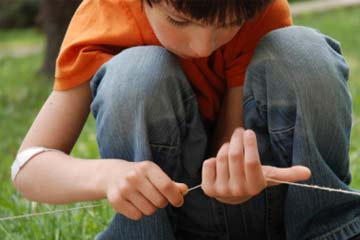 Mental Disorder Image Gallery Is childhood mental illness on the rise, or is it all in our heads? See more mental disorder pictures.
iStockphoto/Thinkstock

There's no question that children these days are being diagnosed with mental illnesses in record numbers. One study published in the Archive of General Psychology found that between 1994 and 1995, just 25 children out of 100,000 left an office visit with a diagnosis of bipolar disorder. By 2002 and 2003, that number swelled to 1,003 [source: Archive of General Psychology].

Diagnoses of the autism spectrum disorders (ASD) provide another astounding statistic. Prior to 1980, the autism rate was estimated at about four children per 10,000. Although estimates vary, those numbers are now more like 15 to 20 diagnoses per 10,000. If you consider the numbers for the entire spectrum and include Asperger's syndrome and PDD-NOS (pervasive developmental disorder -- not otherwise specified), the stats climb even higher. That number is estimated to be more like 30 to 60 diagnoses per 10,000 children, or about one out every 170 to 330 kids. According to some estimates, it's as high as one in every 110 [sources: Science-Based Medicine, CDC, Autism Speaks]. You find the same sort of statistical leaps when looking at other mental illnesses such as depression or attention-deficit hyperactivity disorder (ADHD).

But here's where the issue gets thorny. Are the occurrences of these mental illnesses truly on the rise; are the kids just being diagnosed in too great of numbers; or do the "mental illnesses" themselves not always need diagnoses in the first place? In other words, what if what we've grown to see as normal is, in many cases, simply too restrictive to reasonably expect from a diverse human population? Putting the latter notion aside, a number of conflicting factors still complicate the picture.

Several arguments have been presented for the case of overdiagnosis. Consider those of Allen Frances, who chaired the task force responsible for the fourth edition of the "Diagnostic and Statistical Manual of Mental Disorders" (DSM-IV) -- the standard book for mental diagnostics, sanctioned by the American Psychiatric Association. He feels strongly that the increase is a fad explainable through overenthusiastic diagnoses and societal pressures [sources: American Psychiatric Association, Psychology Today].

As an example, Frances points to DSM-III, the version of the manual released in 1980 -- a publication date that closely coincided with what many consider the launching point for the current "epidemic" in childhood mental illnesses. The DSM-III greatly affected psychological diagnostics, as well as the general public's perception of mental disorders. For the first time, many mental illnesses such as autism and attention deficit disorder (along with others like anorexia, bulimia and post-traumatic stress disorder that we're so familiar with today) were added to the book and described in detail. More importantly, they were amended with clear-cut criteria for diagnostic purposes. One problem, however, was that at the time, there was very little systematic scientific research available to back up many of the book's claims, claims that were substantial.

So it's possible that in an effort to standardize psychiatry and reduce interpretive variance, perhaps a few too many mental conditions were enthusiastically put to paper, and were described in far too generic a manner. With a vague text, overdiagnosis seems more likely.

But many support groups, children's advocacy organizations and research institutes argue against such a cut-and-dried answer. They typically say that while the point has some credence, it cannot completely explain away the drastic rise in childhood mental illness. The problem is, they aren't sure what can...

The Hunt for a Cause or Causation

To address the other side of the debate, let's focus again on the autism spectrum disorders (ASD). When the more generic "autism" was first officially diagnosed by Leo Kanner in 1943, the causative factor was chalked up to cold and unloving mothers. This theory was perpetuated until the 1960s and '70s when Bernard Rimland founded the Autism Society of America and the Autism Research Institute.

With his help -- and with the publication of the DSM-III -- the stigma previously associated with autism slowly started to lift. More parents felt comfortable coming forward and seeking psychological treatment for their children.

But it's still unclear whether the destigmatization of ASD accounts for the jump in cases, or if other factors that more recently entered the scene are causing an actual rise. Many people suspect there are contributing causes that have developed in the past few decades because the rate of diagnoses appears to be growing drastically.

Some researchers, however, suspect something else is going on, and point back to the DSM again. Asperger's syndrome was added to the list of mental illnesses in 1994 with the publication of DSM-IV -- an addition that correspondingly broadened autism into a spectrum disorder with many more levels of severity and symptoms. Since then, some studies have found that diagnoses of other conditions such as developmental language disorders concurrently decreased over the same period that ASD has appeared to be on the rise [source: Science-Based Medicine]. According to these studies, instead of an increase, it was simply a trade-off.

So while the exact cause of ASD remains tantalizingly out of reach, it's entirely possible that psychological labeling practices are to blame for the so-called explosive epidemic of these disorders. But at this point, very little has been entirely ruled out -- there could still be some instances of unnatural increases with as-yet-undetermined environmental or genetic causes. As for other childhood mental illnesses, it seems possible overdiagnosis or shifting diagnosis could be the issue as well, but that's probably a question that needs to be addressed on a case-by-case basis.

Can you get a tattoo if you're pregnant?
Breastfeeding Overview
Top 10 Radical Parenting Methods