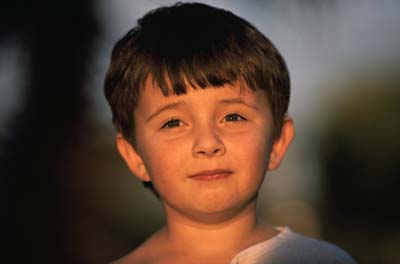 More and more children are being diagnosed with a form of diabetes that used to be seen only in adults. See more pictures of parenting.

Until the last decade or so, the form of diabetes diagnosed in the majority of children was type 1, once known as juvenile diabetes. But these days, more and more children and teens are being diagnosed with type 2 diabetes, a disease traditionally seen only in adults.

As evidence of this "emerging epidemic," some clinics report one-third to one-half of all new cases of childhood diabetes are now type 2. Since type 2 diabetes is more common in certain racial and ethnic groups, children who are African American, Hispanic, Latino, or Native American; who are large for their age; and who have a family history of type 2 are at especially high risk for this type.

A child diagnosed with type 2 diabetes is generally born into a family with a history of the disease, predisposing the child to developing it. When that predisposition is combined with environmental factors such as weight gain and inactivity, the child's blood glucose levels increase, eventually leading to diabetes.

And, unfortunately, just as in adults with the disease, it is common for a child with type 2 diabetes to be insulin resistant and to have high blood pressure, high cholesterol levels, and high triglyceride levels. So the child has an increased risk of heart disease and other diabetes complications early in life. As is the case with an adult who has the disease, the child with type 2 diabetes may need to take oral medication, insulin, or both to control the disease.

There is a third, rare form of diabetes seen in children. It is called maturity-onset diabetes of the young (MODY), and it can occur in all ethnic groups. There are actually several varieties of MODY, all of which are caused by genetic defects that affect the insulin-producing cells. These defects are thought to be rare, and molecular diagnostic testing, currently only available in research laboratories, is required to diagnose MODY. The symptoms of MODY run the gamut from a mild increase in blood glucose to extremely high glucose levels and diabetic ketoacidosis.

Treatments for MODY, therefore, range from diet and activity awareness to oral medications or insulin. Because it takes specialized testing to detect MODY, it often goes unrecognized, and most children with this form are treated as if they have either type 1 or type 2 diabetes.

Dana Armstrong, R.D., C.D.E., received her degree in nutrition and dietetics from the University of California, Davis, and completed her dietetic internship at the University of Nebraska Medical Center in Omaha. She has developed educational programs that have benefited more than 5,000 patients with diabetes. She specializes in and speaks nationally on approaches to disease treatment, specifically diabetes.

Allen Bennett King, M.D., F.A.C.P., F.A.C.E., C.D.E. is the author of more than 50 papers in medical science and speaks nationally on new advances in diabetes. He is an associate clinical professor at the University of California Natividad Medical Center and cofounder and medical director of the Diabetes Care Center in Salinas, California.

How can a rabbit tell me if I'm pregnant?
Men's Sperm Count Down Significantly, Study Finds
Raising a Child Prodigy