Disney/Pixar's 2015 film "Inside Out" drew in viewers with its whimsical-yet-thoughtful view of childhood emotions. We saw protagonist Riley's inner world as complex and susceptible to trauma, especially that common kid's film trauma of the family move.

We've seen it in a million other works of fiction, too. It's a great way to turn your young character all broody, establish family tension and maybe introduce a haunted house or something. And yet, while many of us know the trials of a childhood move firsthand, is it far more traumatic than we tend to realize? Are moves intrinsically harmful to children?

That's the big question raised by a massive 2016 study published in the American Journal of Preventive Medicine. Researchers from Denmark's Aarhus University and the U.K.'s University of Manchester took advantage of robust Danish residential statistics to look at everyone born in Denmark from 1971 to 1997 (nearly 1.5 million people), 37 percent of whom moved across a municipal boundary at least once before the age of 15.

The researchers performed checkups on participants' life outcomes up until 2013 at the latest and discovered a sobering statistical correlation: Kids who moved frequently during early and mid-adolescence were at the highest risk for attempted suicide, criminal violence, psychiatric illness, substance misuse, and natural and unnatural death. Risk increased with the number of moves, and multiple moves within a single year correlated with sharp rises in violence, attempted suicide, substance misuse and unnatural death.

Granted, this is just what the raw data seems to be saying. More study is required and, despite the numbers involved, it does entail a single Western European populace. The authors point out that parental age, urbanization, hereditary mental illness and socioeconomic status partially explain some of the elevated risks. Yet, socioeconomic standing alone did not prove as prevalent an indicator as they initially expected. The overall increase in risk applied to all levels of the socioeconomic spectrum.

The data is sobering, and it forces us to recognize the high psychological stakes involved in drastic environmental changes for a child or adolescent.

From Motive to Method, Women and Men Murder Very Differently 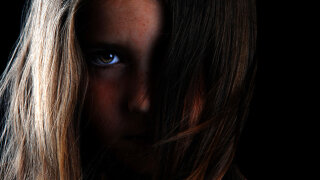 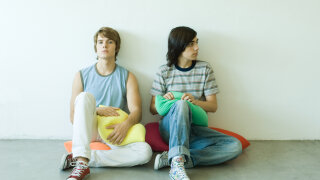