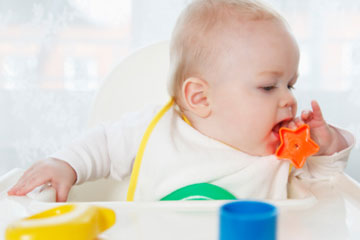 In 2007, many U.S. parents were stunned to discover that a country with tight regulations regarding cell-phone bandwidth, stock trades and use of the term "organic" was doing rather little to ensure the safety of children's toys. When 45 million kids' products were recalled as hazardous that year, it became pretty clear: There's no guarantee that a toy you buy at the store is going to be safe [source: USPIRG].

The situation has started to improve since then. The Consumer Product Safety Commission has more resources for toy oversight and stricter regulations to enforce. But toys are still being pulled off the shelves by the millions for problems like toxicity and choking potential. In 2009, U.S. Public Interest Research Groups (PIRG) found toys that had too much lead, choking-size components and ear-damaging noise levels [source: USPIRG]. Toys on 2009's "10 Worst Toys" list by watchdog group World Against Toys Causing Harm (WATCH) include two action figures -- Batman and Wolverine - with, respectively, 1- and 1.5-inch (2.5 and 3.8-centemeter) protrusions pointy enough to puncture an unsteady toddler; a Curious George book for newborns with choking-size beads attached to it; and a plastic music set for babies with a drumstick long enough to get stuck in a tiny throat.

Even with the best precautions in place, we'll never be looking at a world in which every toy in the toy store has been thoroughly tested and approved by an independent, nonprofit, "we heart kids" organization. Ultimately, responsibility for toy safety, as with most other childhood issues, falls in parents' laps.

That means parents need the knowledge to make good choices. In this article, we'll get into the most basic and most important toy-safety issues. We'll find out which toys are right for the youngest babies and what should be kept out of reach, how to make older-kids' toys as safe as possible, and what to look for on toy packaging before you buy.

The most common toy hazard is one that affects infants. It calls for a heightened awareness of age-specific behaviors.

Does Playing With Toy Guns Lead to Later Acts of Gun Violence?
What's with China and lead poisoning?
Don't Put That In Your Mouth!

Why Don't More Babies Get Mom's Last Name?
Is There Science to Back Up the Stereotypes About Only Children?
What Your Pediatrician Wishes You Knew