Kids Getting Sick From Hand Sanitizers

by Michelle Konstantinovsky Mar 14, 2017
Kindergartners line up with their hands out to get a squirt of hand sanitizer before going into the cafeteria. Katherine Frey/The Washington Post/Getty Images

If you have a hard time understanding kids (seriously, who doesn't?), then you'll probably be freaked out by a new report from the Centers for Disease Control and Prevention (CDC). According to researchers, an alarming number of children are ingesting a decidedly unappetizing product you might have in your bag or desk drawer: hand sanitizer.

Based on reports to the National Poison Data System (NPDS), there were 70,669 exposures to hand sanitizers in kids under 12 years old between 2011 and 2014 — most were ingestions, but some were inhalations and contact with eyes. Considering these antibacterial liquids and gels often contain up to 60 to 95 percent ethanol or isopropanol (otherwise known as alcohol) by volume, it's no surprise that kids who drink them often have stomach pain and nausea. But researchers found that kids aren't always discriminating when it comes to ingredients; while 92 percent of the exposures involved alcohol-based sanitizers, 8 percent also involved the non-alcohol kind.

But regardless of ingredients and outcomes, kids couldn't possibly be drinking hand sanitizers on purpose ... right? "Although children under 6 were more likely to be exposed, older children (6 to 12) had more intentional exposures and more significant outcomes," Santos says. That means about 90 percent of the kids drinking it were under age 6 and appear to be doing it by accident, but 6,000 were between ages 6 to 12 and were likely drinking it on purpose.

"Children may be attracted to the hand sanitizers because of the appealing scent," Santos explains, noting that many smell like apple, vanilla or citrus, which might confuse children younger than age 6. Although the study didn't delve into the reasons why the kids ages 6 to 12 might be drinking the products, one potential explanation might be the lure of a hypothetical high. "Older children may be trying to drink the alcohol hand sanitizer simply because it contains alcohol or to achieve an alcohol-induced euphoria," Santos says.

But, as you might expect, experts don't endorse hand sanitizer consumption as a safe route to a buzz, regardless of age. Twelve percent of kids exposed to sanitizers had at least one adverse health symptom. A big portion (31 percent) of the health complaints had to do with eye irritation, but vomiting was a close second (22.8 percent). And while major life-threatening outcomes were few and far between, some children still experienced serious consequences on occasion. "Rare severe effects such as coma, seizure, hypoglycemia, acidosis [too much lactic acid in your body] and respiratory depression were more frequent among children with exposure to alcohol-based hand sanitizer," Santos says.

Now That's Scary
The number of kids drinking hand sanitizer may be on the rise, but older kids between ages 6 and 12 might be drinking the stuff intentionally. Almost twice as many kids in this age group drank alcohol-based hand sanitizers vs. non-alcohol ones; the same association wasn't seen in younger kids. This could suggest older kids (think they) know what they're doing when they're ingesting the products.

A Simple Equation Calculates the Likelihood of Alien Intelligence, But... 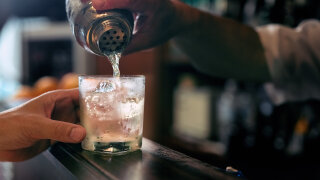 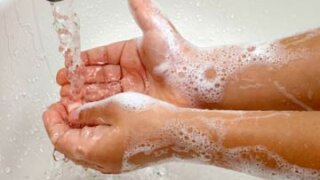 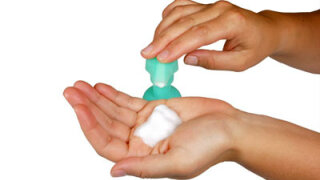 Is antibacterial soap any better than regular soap? 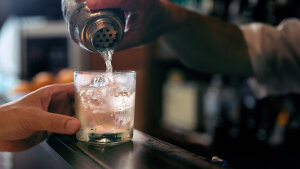 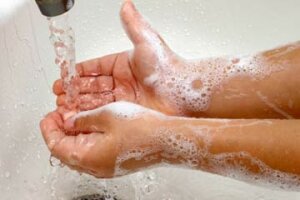