Chickenpox is a viral illness most commonly seen in children. Usually chickenpox is a benign illness, but in a pregnant woman it can cause serious complications for mother and baby.

Luckily, 85 to 95 percent of pregnant women are immune to chickenpox because they've already had it. If you know you've had the illness, you don't need to be concerned about it during pregnancy, even if you're exposed to an infected person. Among women who haven't had chickenpox, though, about 7 in 10,000 get it while pregnant.

Chickenpox is spread by respiratory droplets in the air and also by direct contact with the rash of an infected individual.

Characterized by an itchy rash and fever, the symptoms of chickenpox typically occur 14 to 18 days after exposure.

Chickenpox is highly contagious. If a susceptible pregnant woman is exposed to an infected household member, her risk of getting chickenpox is about 90 percent (the risk is lower if she was exposed to an infected person outside her home). Chickenpox can be transmitted by an infected person one to two days before a rash develops, and that person will remain contagious until the rash stops spreading and is covered by dry scabs (generally five days after its onset).

Pregnancy and Baby Dangers From Chickenpox

Serious complications from chickenpox are uncommon in children, but 11 percent of infected adults, including pregnant women, develop a dangerous form of pneumonia. And babies of infected pregnant women face a small risk (2 percent or less) of congenital varicella syndrome, a group of birth defects that can include scars, muscle and bone abnormalities, paralyzed limbs, a small head, blindness, seizures, and even mental retardation.

Another risk of chickenpox during pregnancy is that the infant may contract it. If the mother develops her chickenpox rash between 6 and 21 days before delivery, her baby's case is likely to be mild and require no treatment. But if the mother's rash develops later — from 5 days before to 2 days after delivery — and no steps are taken to shield her fetus, the newborn has a 25 percent chance of getting chickenpox between 5 and 10 days after birth. It might be severe: Up to 30 percent of infected babies die if not treated. Fortunately, dangerous newborn infections usually can be prevented, or their severity lessened, if the baby is treated right after birth with an injection of antibodies called VZIG (varicella-zoster immune globulin). If the baby develops symptoms in spite of treatment, new antiviral drugs can help reduce the infection's severity.

Some studies also suggest that chickenpox in the first 20 weeks of pregnancy increases the risk for preterm labor. If you haven't had chickenpox or aren't sure, take steps to protect yourself and your baby

If you're not yet pregnant, ask your doctor about getting the chickenpox vaccine, which has been available since 1995. Your provider will first test you to see if you're immune to chickenpox; about 85 percent of women who have no history of it turn out to be immune. In the event that you do need the vaccine, you should wait at least three months after receiving it before attempting to conceive.

If you're pregnant and have no history of chickenpox, your doctor will probably recommend a blood test during a prenatal visit. If the test shows that you're not immune, you should avoid anyone with chickenpox and any susceptible individual who's been in contact with an infected person. If your susceptible child was exposed, call your doctor for advice about what to do.

If you're susceptible to chickenpox and have been closely exposed to someone who has it, contact your doctor right away. He'll probably recommend treatment with VZIG (which is safe for you and baby) as a preventive measure. It's not yet known whether giving VZIG to a pregnant woman helps protect her fetus from infection.

If you already have children at home, the pediatrician may recommend they be vaccinated at a well-child visit. Though a recently vaccinated person could, theoretically, pass the virus on to others if he or she develops any sores around the injection site (as occasionally happens), the American Academy of Pediatrics says you don't have to postpone vaccination of a healthy child because you're pregnant. In the unlikely even that your child develops vaccination sores, and you're susceptible, consult your doctor. You may need to avoid contact with your child until the rash clears. 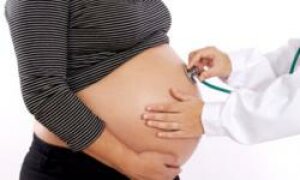