How To Get Pregnant Using an Ovulation Calendar 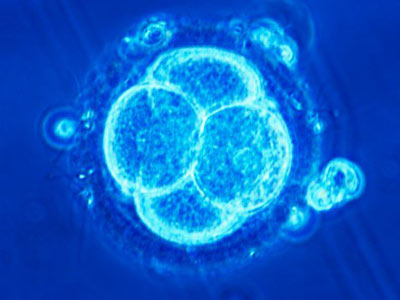 You can increase your chances of getting pregnant if you understand the ovulation process and how it fits into your monthly menstrual cycle. During each menstrual cycle, the endometrial tissue thickens to prepare the uterus for a possible pregnancy. Approximately midway through the cycle, ovulation occurs. Ovulation is the process by which an ovary produces and releases an egg. The egg develops in the ovary in a small, fluid-filled sac called a follicle. When the egg is mature this sac ruptures, releasing the egg from the ovary. The fingerlike projections on the nearby fallopian tube sweep the egg into the tube, where it begins to inch toward the uterus. If the egg is fertilized by a sperm, the fertilized egg moves to the uterus and becomes implanted in the rich uterine lining, where it grows for nine months.

If the egg does not become fertilized during ovulation (that is, if you do not become pregnant), the thickened endometrial tissue breaks down and passes, along with the unfertilized egg, out of the cervix, through the vagina, and out of the body as the menstrual discharge.

Ovulation - the time during a menstrual cycle when you may become pregnant - is regulated by a complex system of hormonal and chemical secretions from the ovaries, the hypothalamus (part of the brain), and the pituitary gland (the master gland that controls most hormonal secretions).

There are several ways to determine the optimal time to get pregnant. One way to recognize when ovulation is happening is to take your body temperature with a basal thermometer (a special thermometer that will show even slight changes in body temperature) before rising in the morning. In most women, the body temperature rises slightly soon after ovulation occurs each month and does not return to normal until the menstrual flow begins. This is the ideal time to become pregnant. Some women hoping to get pregnant keep track of their temperature on a calendar, as a pattern can emerge across several months.

Some women feel abdominal cramps during ovulation, and so those women have an additional method of recognizing the best time of the cycle to try and get pregnant.

A sperm that has been released into the vagina as long as two days before the release of a ripe egg can still fertilize it. And an egg, once released, is capable of being fertilized for about two days. Because of this variability, there is a period of about four to ten days in each menstrual cycle during which a woman can become pregnant.

Creating an ovulation calendar by keeping track of your monthly cycle on a calendar will help you determine the length of your menstrual cycle, which will then allow you to figure out the approximate time that ovulation occurs. With a good timing and a little patience, you too can increase your chances of becoming pregnant.