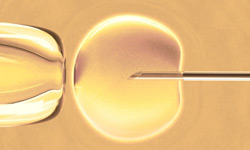 For couples interested in conceiving a child, the process seems straightforward enough -- and the vocabulary of conception, not very complicated.

However, according to the Mayo Clinic, 10 to 15 percent of couples suffer from infertility, which is defined as "not being able to get pregnant despite having frequent, unprotected sex for at least a year." For these couples, the baby-making process is much more complicated, as is the language surrounding the analysis and treatment of fertility issues. The result is that a normally joyous (and enjoyable) period in a relationship can instead become a confusing, stressful and potentially frightening time.

To help keep the baby-making process as stress-free as possible for anyone having trouble conceiving, here we break down 10 infertility terms into simple, everyday language.

Although doctors working in the infertility field use a lot of high-tech gear, there's one simple tool that can provide invaluable information for those looking to conceive: a thermometer. More specifically, you'll need a thermometer that measures basal temperature.

Tracking basal temperature is important when you're trying to conceive because a woman's temperature will rise 0.4 to 0.6 degrees Fahrenheit (0.22 to 0.33 degrees Celsius) in the day or two after she's ovulated, or released an egg [source: iVillage]. Charting basal body temperature not only provides valuable information to a fertility specialist, but can also help couples pinpoint the best times each month for conception to occur. It's important to note that eggs only live 12 to 24 hours, so once your body temperature rises, the egg may no longer be viable [source: iVillage]. But by tracking basal temperature monthly, a woman can get a very clear picture of her monthly fertility cycle. 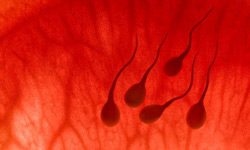 For conception to occur, sperm must have the right shape and enough power to make the long journey to the egg.
©iStockphoto.com/rachel deppe

OK, we know we cheated here by combing two terms in one. However, these two words both refer to one thing: sperm.

When a couple is trying to figure out why they can't conceive, doctors will examine the reproductive systems of both the man and the woman. One of the most important, and telling, tests a man can have is a semen analysis.

During this test, doctors evaluate the volume of semen produced (which should be from 2 to 6 milliliters) and how many sperm are in the semen (normal count is 20,000 sperm per milliliter) [source: University Hospital]. But they also examine sperm's motility, or how well they move, as well as their morphology, or shape. For sperm to be considered healthy, they must move steadily and powerfully forward, and not in a confused or circular pattern, as can sometimes be the case. This will allow them to find and penetrate the egg in the woman's uterus.

Sperm must also be well developed, having an oval-shaped head and a whip-like tail to propel them. Misshapen sperm sometimes have overly large heads, or double or bent tails. It's important to note that for a semen analysis to indicate a morphology problem, most of the sperm must be malformed -- having a small percentage of malformed sperm is considered normal.

If either the motility or morphology of the sperm falls below the normal ranges, problems with conception can occur. Doctors will frequently wait a month or so and perform another test. If problems still exist, further examination may be in order to determine if there's an issue with the man's reproductive system. Doctors will then look for issues such as testicular abnormalities or varicoceles, an enlargement of veins in the scrotum.

In adult men, symptoms of the disorder can include the following:

To check for hypogonadism, doctors will perform a simple blood test to analyze testosterone levels. If testicular malfunction has caused hypogonadism, treatment consists of testosterone supplementation. If the cause originates in the pituitary gland, hormone replacement therapy may help kick-start the body's ability to produce healthy sperm. In both cases, it's possible to reverse the infertility caused by hypogonadism and allow men with the condition to father children.

In much the same way that a lack of testosterone can decrease a man's fertility, too many male hormones in a woman can do the same to her. With the condition known as polycystic ovarian syndrome (PCOS), a woman's ovaries produce too many androgens, male hormones that are present in every woman's body to a certain degree. When the body is flooded with androgens, ovulation can cease.

PCOS is the most common single factor in female infertility, affecting five to 10 percent of women of childbearing age [sources: National Institutes of Health, The National Women's Health Information Center]. In addition to infertility, polycystic ovarian syndrome may cause the following symptoms:

PCOS causes infertility because the hormonal imbalances interrupt ovulation -- the follicle fails to release an egg. This then prevents the body from producing the hormone progesterone, which regulates menstrual cycles, and hormones become further imbalanced.

In testing for PCOS, a doctor is likely to use a variety of tests, including a pelvic exam, vaginal ultrasound or blood tests. If the condition is diagnosed, one recommended treatment for overweight women is to lose weight. It's thought that insulin plays a role in PCOS, and a drop of just 10 percent body weight can help even out hormone levels [source: The National Women's Health Information Center]. If being overweight isn't a problem, common fertility medications may help. Success has also been seen with a particular diabetes medication, although its use in treating PCOS isn't approved by the Food and Drug Administration (FDA).

While it's normal for fertility to decrease in women over 40, any falloff of fertility prior to that may indicate a condition known as premature ovarian failure (POF). Woman suffering from POF (one in 1,000 by age 30) have ovaries that don't function normally and fail to produce eggs [source: National Institutes of Health].

Although doctors don't know the exact causes of the condition, it's evident that it can occur in one of two ways. In the case of follicle depletion, there are no viable follicles left in the ovaries. Follicles are the part of the reproductive system that release eggs, and if they're all damaged, this critical part of the fertility process can't happen.

Follicle dysfunction is the other way in which POF can manifest, and in this case, there are still viable follicles in the ovaries. They just don't function correctly.

As one of the main symptoms of POF is an irregular menstrual cycle, a common treatment for the condition is hormone replacement therapy to provide the woman with the hormones she needs. However, no treatment exists that can restore normal ovarian function, although fertility drugs can help a small percentage of women. So those afflicted with POF often turn to alternative ways of conceiving, such as the use of donor eggs.

Because a woman's reproductive system is so much more complex than a man's, there are more chances for infertility problems to arise. In the case of salpingitis (also known as pelvic inflammatory disease), the fallopian tubes are affected. They get inflamed, which in turn prevents eggs from reaching the uterus.

In nine out of 10 cases, salpingitis is caused by a bacterial infection such as streptococcus, staphylococcus or sexually transmitted germs such as chlamydia or gonococcus (implicated in gonorrhea). After one bout of the infection, fertility can decrease by up to 15 percent; after three bouts, this number climbs to 50 percent [source: Better Health Channel].

As this is a bacterial infection, treatment consists of a course of antibiotics, which has an 85 percent success rate [source: Better Health Channel]. It's vital to seek treatment, because the fallopian tubes can become so swollen that the inner walls stick together. This can lead to a dangerous ectopic pregnancy, where a fertilized egg becomes stuck in the tube and begins to grow. Symptoms of salpingitis include unusual vaginal discharge, pain during periods or ovulation, discomfort during intercourse, pain in the low back or abdomen, or nausea.

When estrogen levels fall in a woman's body as part of her natural monthly cycle, the hypothalamus sends a signal to the pituitary gland to produce more. It, in turn, releases FSH, which causes follicles in the ovaries to mature. Once a follicle has grown to a sufficient size, it begins secreting estrogen, which tells the body that an egg is ready for delivery to the uterus.

The pituitary gland then sends out a high dose of LH, which causes the follicle to burst open and release the egg.

If the levels of either of these hormones are either too high or too low, problems with ovulation can occur. Factors such as stress, atypically high or low body weight or a recent loss or gain of weight can adversely affect both LH and FSH, causing irregular or missed periods. Doctors can check for hormonal imbalances through a blood or urine test.

Hysterosalpingography is a process by which a liquid contrast material is injected into the uterus through a catheter, allowing doctors to view much of a woman's reproductive system. Because the contrast material lights up when pulsed or beamed with X-rays, doctors are able to look for abnormalities in the uterus (like fibroids) and can examine the fallopian tubes for signs of blockages or closures. It's an effective, yet minimally invasive, way to help diagnose potential infertility issues.

Sometimes even Mother Nature needs a hand, and that's where assisted reproduction technology, or ART, comes in.

The most popular form of this reproductive science is in vitro fertilization (IVF), in which an egg is removed from the ovaries and fertilized with sperm in the laboratory. It's then returned to the uterus, where it will hopefully develop into a fetus. This is a particularly helpful treatment when a woman has blocked fallopian tubes that prevent eggs from reaching the uterus for fertilization.

But ART is not only for women. Several treatments could benefit men with infertility issues as well. Surgical sperm aspiration, for example, can help men who have blocked ejaculatory ducts. The process involves surgically removing sperm from the vas deferens (the tubes that carry sperm from the testes), testicles or other sections of male reproductive tract.

ART can be very effective in handling cases where something is mechanically wrong with either the male or the female reproductive systems or even in cases where conception has been difficult for no readily apparent reason. It's important to note that its effectiveness diminishes after age 35 [source: Mayo Foundation for Medical Information and Research].

Whereas ART techniques can be used on a woman with blocked fallopian tubes, intrauterine insemination (IUI) can only be employed in the case of women whose tubes are fully functioning because it's vital to know that eggs can reach the uterus. Doctors will often perform a tubal patency test to check the fallopian tubes. Here are some methods through which this can be done:

After a woman's fallopian tubes are known to function properly, doctors can perform an intrauterine insemination. In this procedure, a man's sperm is "washed" in a laboratory to separate fast-moving sperm from sluggish swimmers. Then, it's injected into the uterus using a catheter close to the time of ovulation.

To learn more about infertility and conception, check out the links on the next page. 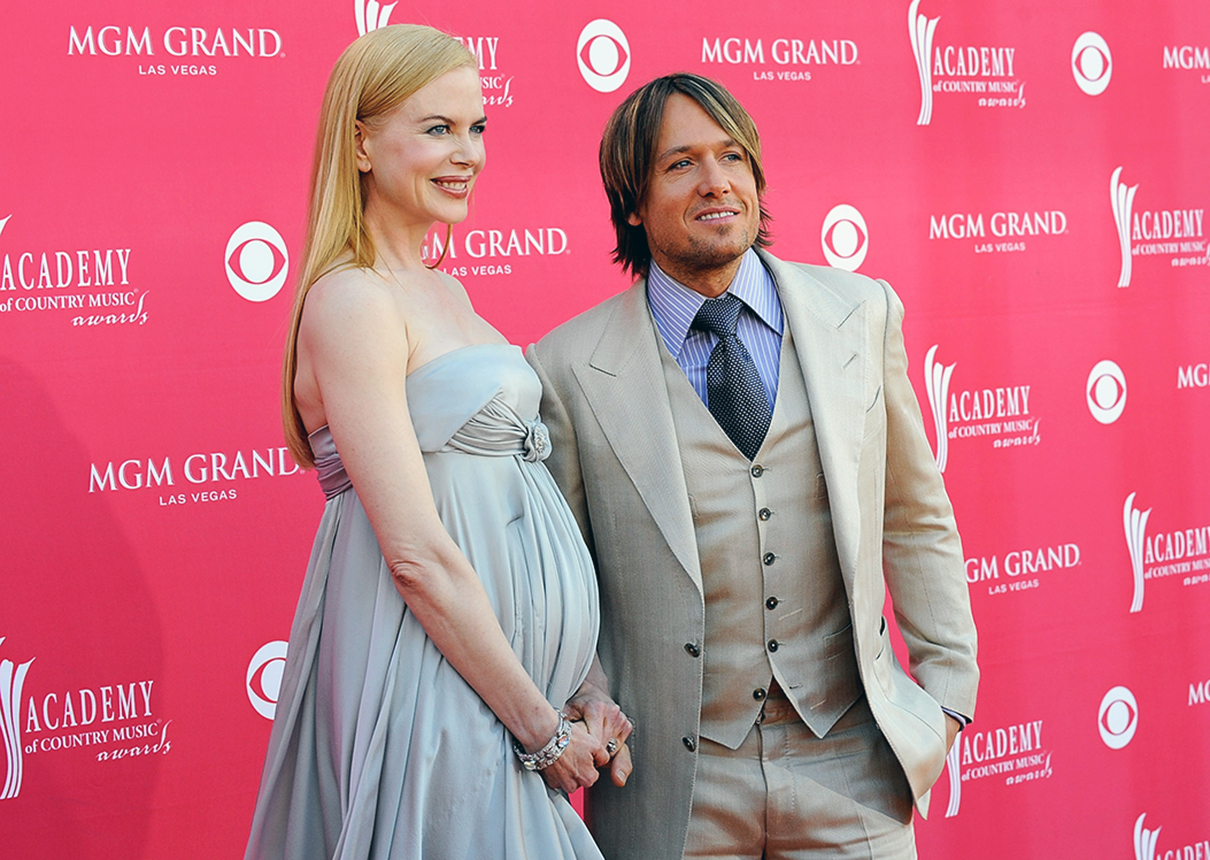