Browse the article Is a Woman More Likely to Get Pregnant Naturally After Adoption or IVF? 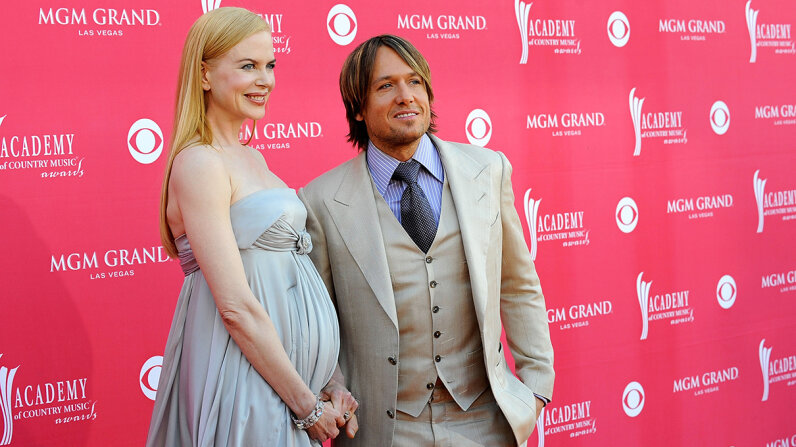 After struggling for years with fertility issues, actress Nicole Kidman conceived naturally with her husband, singer Keith Urban, in 2008 when she was 40 years old. Charley Gallay/Getty Images

You probably know at least one or two people who turned to in vitro fertilization (IVF) or fertility treatments after struggling to conceive naturally. Then, sometime after a bouncing baby makes his debut, mom gets pregnant naturally, often to the shock of no one more than the parents. Theories abound about this apparent phenomenon, with everything from old wives' tales to legit medical evidence attempting to explain it away.

More and more people who have trouble getting pregnant are turning to fertility treatments. This shift is due in significant part to the fact that many women are waiting longer to conceive. Women age 35 or older are considered "geriatric" in pregnancy age (a term that most women despise with a passion — smart doctors use the phrase "advanced maternal age" instead).

Possible infertility is flagged if a couple is not able to get pregnant after having unprotected sex for one year, although many fertility experts evaluate couples after six months if they are age 35 or older. Fertility is believed to decline somewhere around our mid-30s, although it is hardly one-size-fits-all. Many younger women experience fertility issues, and still others older than 35 get pregnant quickly without medical intervention.

Pregnancy, being the unbelievably complex phenomenon that it is, has many things that can go very right or very wrong on the road to baby. Here are a few interesting theories on what can impact natural success in pregnancies after IVF.

Approximately 1 in 10 women of child bearing age (15 to 49) are affected by endometriosis — that's about 176 million women worldwide. The condition causes tissues similar to the lining inside the uterus to plant outside the uterus. It creates painful scar tissue on the pelvic walls, ovaries, fallopian tubes, uterus, bladder and bowel. And symptoms include painful periods, ovulation, and sexual intercourse, as well as heavy bleeding, fatigue and infertility.

Sometimes, when a woman becomes pregnant through IVF, however, her body has time to recover from endometriosis, even if she doesn't know she has it. "Fertility treatment can overcome undiagnosed endometriosis in most cases," explains Dr. Sunny Jun with Colorado Center for Reproductive Medicine (CCRM) in San Francisco. "In women with endometriosis, a disease that is hormonally sensitive, pregnancy prevents ovulation from occurring throughout the entire gestation. Therefore, the disease is suppressed allowing the female environment to potentially be more favorable for subsequent pregnancies to occur." In a nutshell, that means because a woman no longer gets her period while pregnant, her endometriosis clears up and she's more likely to get pregnant again naturally.

"Just Relax" and Lower Your Stress

When Michelle (last name withheld) in Tennessee found out she was pregnant, it came as quite a shock. She'd had five miscarriages and years of unexplained infertility before deciding to head to Guatemala to adopt a baby girl. Four months after arriving home with her new bundle of joy, she and her husband conceived naturally.

"My new [obstetrician] gave me the tired line about how I just had to relax and it happens all the time after adoption because everyone relaxes," she recalls in an email. But her adopted daughter's pediatrician didn't buy it. "I begged him not to tell me [my pregnancy] was because I relaxed. He promised me that studies have been done and the number of unexpected pregnancies in infertile women after adoption is not statistically significantly higher than unexpected pregnancies in women who quit fertility treatment without adopting."

Needless to say, Michelle was overjoyed to hear her doctor say that, despite being what she knows is "that example" people tell other women who are dealing with infertility.

Although the "just relax" train of thought might be ill-advised, stress is known to affect the human body and psyche, to boot. However, there is very little scientific evidence to back up this theory. For now, it remains a hypothetical best guess. "Although there are no definitive studies showing stress may directly impact fertility except in cases where stress has been associated with changes in menstrual cycles, decrease in stress may help achieve a positive outcome," Jun says. "For some women, after having their first child, the pressure of becoming pregnant significantly subsides and with decreased stress and lack of contraception, natural pregnancies may occur."

Many couples trying to conceive are diagnosed with unexplained infertility, meaning that no specific cause, like lack of eggs or poor sperm quality has been identified. "For a woman with blocked tubes or who has a male partner with very poor sperm quality, IVF can be very effective, and it is unlikely that a pregnancy will have any impact on her ability to conceive naturally in the future," explains Dr. Piraye Beim, founder and CEO of personalized fertility and women's health medicine company Celmatix, in an email.

So, can a medically assisted pregnancy jump-start the reproductive system? Possibly. Did the parents just need a little extra time to get pregnant naturally? Another possibility. No one knows for sure. "As long as there is a sperm, an egg and an open path for them to meet, there's always the chance of a spontaneous pregnancy," says Dr. Erika Munch, reproductive endocrinologist and infertility specialist at Texas Fertility Center.

Now That's Cool
Three in 10 women who've had unsuccessful fertility treatments will still conceive naturally within six years, according to a survey published in the journal Human Fertility.