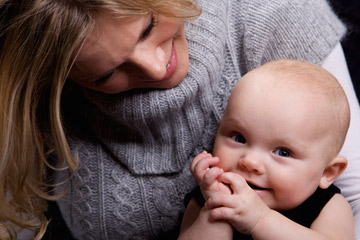 When children start asking where babies come from, parents get frazzled and jumpy as they struggle to explain sex, conception, pregnancy and childbirth. While it may be an uncomfortable conversation, making a baby is a fairly straightforward process that remained unchanged for centuries. But the story got a new twist in 1978 when Louise Brown, frequently called the first test-tube baby, was born. Brown's birth, the first accomplished with in vitro fertilization, heralded a future in which some parents would be having a very different kind of conversation with children regarding where they came from.

Now, rather than needing just two people to make a baby, some people rely on an entire team of fertility specialists, egg and sperm donors and surrogates to bring a child into the world. Thanks to advances in reproductive technology, infertility is no longer a permanent obstacle for those who want to birth biological children. The ability to have children isn't necessarily eliminated once a woman turns a certain age or for homosexual couples. Not only are scientists finding ways to stop a ticking biological clock, they're discovering ways to turn pregnancy on its head.

The advances we'll discuss in this article aren't necessarily right around the corner, but bioethicists are already wringing their hands over the implications of future reproductive technology. Are we simply ensuring that a child has the best possible start in life, or are we playing God? How old is too old to have a baby? Will men and/or women become obsolete? Will the next generation be an army of clones? Who will be able to afford pregnancy and childbirth? And will a good old-fashioned roll in the hay become the least popular way to have a baby? These are the questions that scientists are pondering. Read on to find out how the birds and the bees talk might go in the future. 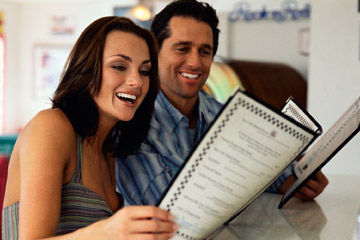 Will making babies become like ordering from a menu?
Jeremy Maude/Digital Vision/Getty Images

Pre-implantation genetic diagnosis (PGD) has been used in some fertility clinics since the 1990s, but it may become much more common in the future. Also known as embryo screening, the process involves taking a 3-day-old embryo and pulling one of its six cells to test for genetic markers of disease. Embryos that are in the clear are the ones that are implanted into a woman's womb.

Currently, PGD is most often used to test for conditions like cancer, mental retardation and blindness. It may also be used to determine which embryos are most viable for implantation in women who are prone to miscarriage, and some couples have used it in their attempts to create savior siblings, or genetic matches for a sick sibling in need of a transplant. However, some clinics have already begun using this technology to select embryos for traits like gender, a practice that is outlawed in places like the United Kingdom, India and China, but is currently legal in the United States. Some ethicists worry we're on a slippery slope to ordering up a designer baby the way we order Whoppers -- "I'd like a girl with blonde hair, blue eyes and no chance of breast cancer" doesn't sound that different from a request for a cheeseburger with onions, no mayo and extra pickles.

In a survey conducted by the New York University School of Medicine, 75 percent of respondents supported using PGD to select against mental retardation in an embryo, while 10 percent thought the process was acceptable to test for potential athletic ability. Thirteen percent of respondents could see using it to select an embryo for improved intelligence (even though environmental factors play into such a measurement), while another 10 percent would want to know about the anticipated height of an embryo before selecting it [source: Naik].

If people select for height because they don't want their kids to be short, will we lose genetic diversity and become a planet of giants? Well, not everyone wants to be tall -- there's also the issue of what's called negative enhancement, an example of which would be parents selecting for dwarfism. Some deaf parents have wanted to select deaf children, arguing that they want their child to be part of their culture. While some people may think of dwarfism or deafness as a handicap, some parents desire it, and right now, such decisions are unregulated. Who's to say what's right or wrong when it comes to a parent's wish for his or her child? Should parents be able to choose exactly what kind of child they'll raise -- and will they have the right to get rid of a child that doesn't meet specification? Expect more discussion about such issues in the coming years. 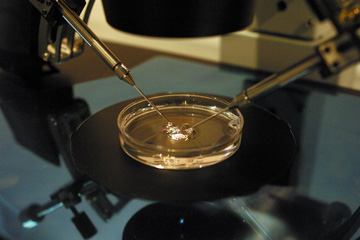