by Sarah Gleim Jul 26, 2017
A new study finds that sperm count is down significantly in men across several locations, including the United States and Europe. SCIEPRO/Getty Images

A new study confirms that sperm counts of men in several locations, including North America, Australia, New Zealand and Europe, are down — and have been for years. According to the findings, in less than 40 years, collective sperm count among this group has declined more than 50 percent. The researchers also found that the decrease does not appear to be "leveling off."

The study was published July 25 in the journal Human Reproduction Update, and was led by researcher Dr. Hagai Levine, an epidemiologist, public health physician and faculty member of the Braun School of Public Health and Community Medicine of Hebrew University of Jerusalem.

Levine and his colleagues conducted a meta-analysis of 185 earlier studies on sperm count, which included 42,935 participants who provided semen samples between 1973 and 2011. The men in the studies were from 50 different countries.

The review found a significant overall decline in sperm concentration of 1.4 percent per year, with an overall drop in concentration of 52.4 percent between 1973 and 2011. Total sperm count dropped 1.6 percent annually and plummeted 59.3 percent overall during that same time. However, these declines were seen only in studies from North America, Europe, Australia and New Zealand. Researchers did not see the same drops in men living in South America, Asia and Africa.

"The findings suggest a we have a clear and present problem of men's fertility and health that we must address," Levine says via email. He also says there's not enough data from non-Western countries to explain why men there aren't experiencing the same steep declines, but he says similar declines are unlikely. "We do have enough data to say there is a significantly differing slope for non-Western countries."

Levine noted that this new study is similar to a 1992 paper known as the Carlsen study. That study, which was conducted by researcher Elisabeth Carlsen, reviewed 61 worldwide papers published between 1938 and 1991 and found a genuine decline in semen quality during those years.

However, many in the scientific community challenged the findings of the Carlsen study for methodological flaws, including high cross-study variability in the methods and protocols used for sperm collection and measurement; lack of control for period of abstinence, cigarette smoking or recreational drug use; failure to include some studies reporting no decline in semen parameters; and failure to account for geographic variation between studies.

The debate surrounding the Carlsen study is part of what prompted Levine and his colleagues to re-create it. "We felt that controversy remained and tried to give a definite answer (whatever it will be) to the question: Have sperm counts declined?" he says. "Maybe [the Carlsen study] was hard to believe and indeed there were serious limitations. Over the last 25 years much more data was gathered and new statistical tools were developed to answer this question."

Levine says they have more confidence in their findings than the Carlsen study because they addressed its limitations and have much more data.

They didn't get data, however, on the potential causes of these declines in sperm count, but Levine says sperm is critical to men's public health, and finding out why it's dropping is what the scientific community's next step should be.

"We should explore the causes of low sperm count by conducting specific studies, such as interventional studies," he says. "We can reverse the trend by taking actions to reverse it." 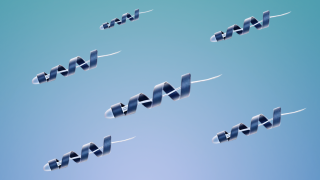 Are Motorized 'Spermbots' the Answer to Male Infertility? 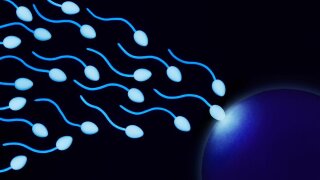 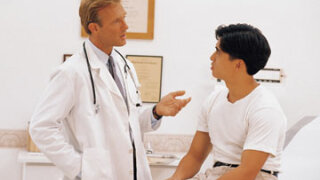