There are different kinds of ovarian cysts, but only certain types affect a woman's fertility.

As we have discussed, most ovarian cysts are not considered dangerous. These typically fall under the category of functional ovarian cysts, those that form during a woman's normal menstrual cycle [source: PubMed Health].

Functional cysts form in two different ways: as a follicle cyst or as a corpus luteum cyst [source: HHS].

During a woman's monthly cycle, a tiny follicle forms on one of her two ovaries. This follicle is where a woman's egg develops into a fully mature one ready for conception.

If the sac of the follicle doesn't open to release the egg, it can continue growing and fill with fluid. This is known as a follicle cyst, a harmless formation that is often shed within one to three months [source: HHS].

Even if the follicle does break open to release the egg, there are instances where the sac closes back up instead of dissolving. In this case, fluid builds up in what's called a corpus luteum cyst. Though they can grow and become painful, most go away within a couple of weeks [source: HHS].

Two other types of cysts, cystadenomas and dermoid, also do not impede fertility [source: Gallenberg]. Though serious and often requiring treatment, cystadenomas are fluid- or mucus-filled growths that can become large and cause pain. Dermoids are cysts formed of various cellular matter, sometimes including hair, skin or even teeth, but are otherwise mostly harmless [source: HHS].

So what about the types of ovarian cysts that do cause infertility? There are two: endometriomas and cysts formed by polycystic ovary syndrome [source: Gallenberg].

Endometriosis is a sometimes painful condition where uterine tissue called endometrium grows outside the uterus, causing a number of complications [source: HHS]. One of them is infertility. If endometrium forms on the ovaries it can cause endometriomas that prevent a woman from producing fertile eggs [source: Gallenberg].

Another condition, polycystic ovary syndrome, occurs when a woman's reproductive hormonal balance is off. In women who have this, the ovaries don't produce the needed hormones that cause follicles to release mature eggs. These follicles that don't break open become cysts. The condition is often marked by infrequent menstrual periods [source: HHS].

In fact, polycystic ovary syndrome, or PCOS, is the leading cause of infertility in women [source: HHS]. 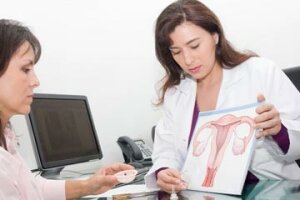 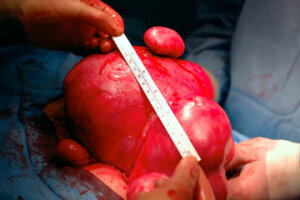 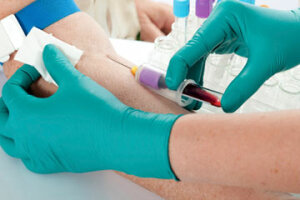