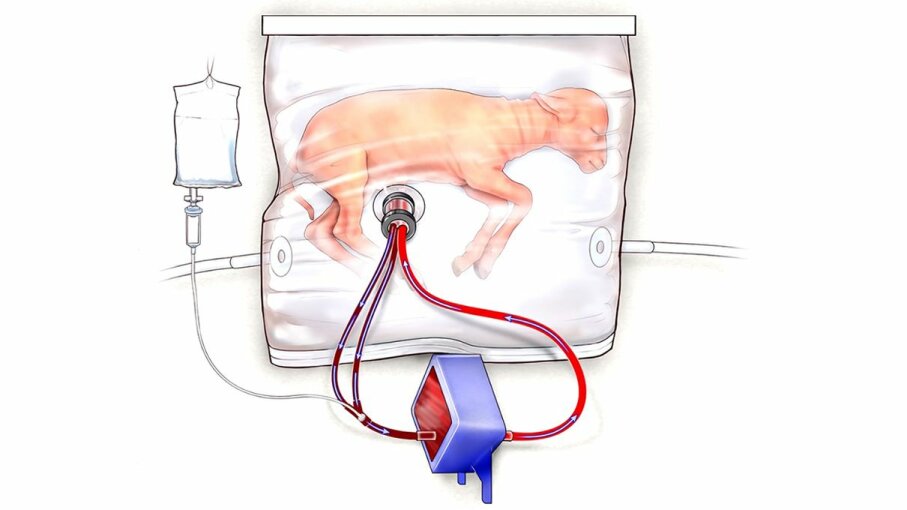 Premature births are a big health problem in the U.S., where one in 10 infants is born before completing 37 weeks of development inside the womb, according to the U.S. Centers for Disease Control and Prevention. Premature babies account for 36 percent of all infant deaths, and those who survive often experience breathing problems and difficulties with feeding, and are at higher risk to develop cerebral palsy, developmental delays, and vision and hearing problems.

But that may all eventually change thanks to researchers' development of a plastic womb. This new invention simulates the prenatal fluid-filled environment of a natural womb, giving premature infants additional time to develop their lungs and other organs. So far, the researchers have been able to support fetal lambs — whose lung development is similar to that of humans — for up to four weeks inside the artificial womb.

The "extra-uterine support device," as it's called, is described in a recent article in the journal Nature Communications. The system uses a plastic fluid-filled container called a "biobag" to provide a temperature-controlled, sterile environment. This allows the fetal lambs to breathe amniotic fluid as they would normally do inside their mothers. At the same time, their hearts pumped blood though their umbilical cords into a gas-exchange machine outside the biobag. Electronic monitors attached to the lambs monitored their vital signs, including blood flow.

Dr. Alan W. Flake, director of the Center for Fetal Research in the Center for Fetal Diagnosis and Treatment at Children's Hospital of Philadelphia, and the study's lead researcher, explained in a press release that the system could make a big difference in the futures of the smallest premature infants. Those babies, born as early as only 22 to 23 weeks of gestation, often weigh only about a pound (0.45 kilograms), and have a 30-to-50-percent chance of survival. And of those few who do survive, 90 percent risk developing chronic lung disease and other ailments.

"These infants have an urgent need for a bridge between the mother's womb and the outside world," said Flake. "If we can develop an extra-uterine system to support growth and organ maturation for only a few weeks, we can dramatically improve outcomes for extremely premature babies."

While more work is necessary, Flake envisions that a decade from now, premature infants will continue to develop inside such artificial wombs instead of being maintained in incubators and attached to ventilators. In addition to saving lives, the technology also could help significantly reduce the economic cost of premature birth, currently estimated at $43 billion annually in the United States alone.

Now That's Interesting
The researchers say that the artificial womb wouldn't lower the age of viability — that is, the ability to survive outside the womb — to earlier than 22 to 23 weeks. Before that point, "there are likely physiologic and technical limitations that will increase the risk and reduce the potential benefit of this therapy," they concluded in the study.