Guide to Being 28 Weeks Pregnant

Browse the article Guide to Being 28 Weeks Pregnant 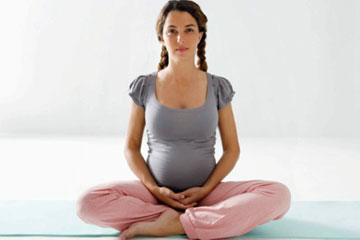 It's official -- you're on the downward slope of your pregnancy since the 28th week marks the beginning of the third trimester. Although this particular trimester comes with some challenges, it also comes with a great big reward in the form of a squirming, squealing little bundle of joy in about 12 weeks from now, give or take.

Now's the time to decorate the nursery and narrow down your baby name options, if you haven't already. It's pretty likely that you have at least 10 weeks of pregnancy ahead of you, but many babies have been known to throw their parents for a loop with an early arrival. Keep reading to learn more about the many changes that you and your baby are dealing with during this very important gestational period.

In a word, you'll be feeling big. The beginning of the third trimester marks the end of the "what a cute baby bump!" period. You're ushering in the "holy cow, what did that woman swallow?" era. The sheer truth of pregnancy is that every woman reaches a point where she doesn't think it's possible for her belly to expand any more … and then it does, with a vengeance! As long as your weight gain is on par with what your doc considers normal, try to embrace your ever-changing physique. Some truly major miracles are happening inside.

All that baby-growing is probably having some adverse effects on your comfort in the form of swollen feet and ankles, heartburn and even leg cramps. Fortunately, most of these ailments are treatable or can be eased. Consult your obstetrician for a list of baby-safe heartburn medications, or cut out problem foods from your diet altogether. Try to avoid being on your feet for long periods of time, and make sure you're getting enough magnesium in your diet to ward off middle-of-the-night leg cramps.

Sleep deprivation is a given once the baby is born, but many women experience it well before delivery day. If leg or back pain is keeping you from getting enough ZZZ's, take the plunge and purchase a maternity body pillow. The price tag might be a little steep, but it'll take a lot of pressure off your weary body. 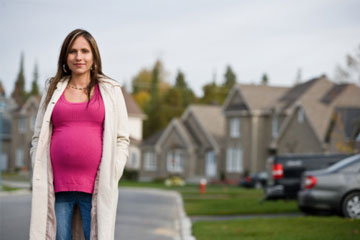 Take it easy -- you've got a growing baby inside you!
Jupiterimages/Thinkstock

What's going on? Not much. You're just growing a human, that's all!

In all seriousness, your baby is really starting to pack on the pounds and resemble an honest-to-goodness infant at this point. Although he still weighs in at only 2.25 pounds or so, he's opening his long-lashed eyes in utero and possibly even sporting a full head of heartburn-inducing hair (OK, so that last part's a rumor, but my mother had killer heartburn with my brother, and he came out looking like a chimpanzee).

Your little guy or gal is probably about 15 inches long from crown to heel, and he'll be fattening up his long, lean body in the weeks to come. So, get those fingers ready -- they're going to be pinching some chubby little cheeks in the not-too-distant future!

Your partner may have become a little bit complacent during the honeymoon period that is the second trimester. Chances are that your discomfort was minimal and your energy levels were high.

The dawn of the third trimester often signals fatigue, back and leg pain, and a range of other discomforts. If he's not particularly sympathetic, perhaps it's time to bring him along to your next doctor's appointment so that he can hear your litany of physical complaints. Some partners are naturally sensitive, while others (ahem, mine) need to have it spelled out in black and white before they can begin to understand the physical stress your body is under.

Until now, you've been visiting your obstetrician once a month. Beginning at 28 weeks, you'll pee in a cup for him or her every two weeks. Soon, you'll graduate to weekly visits until you deliver!

I'm not rich by any stretch of the imagination, but I found room in my budget for a maid beginning in the third trimester of my last pregnancy. Without question, it was the best money I ever spent.

Anyone whose baby belly caused her to nearly fall into a bathtub while cleaning it knows exactly what I'm talking about. All that bending over, scrubbing and chemical exposure can wreak serious havoc on your physical well-being, so why not pass it off to someone else for a little while? It's surprisingly easy to find a reasonably priced cleaning service, plus you won't be spending money on supplies since they provide their own.

If you absolutely can't swing that extra bill, it's probably time to ask your partner to pitch in a little bit more than usual around the house. Also, bear in mind that you won't be back to your old self immediately after childbirth, so you might want to keep the maid/husband on duty for a few extra months, at least. 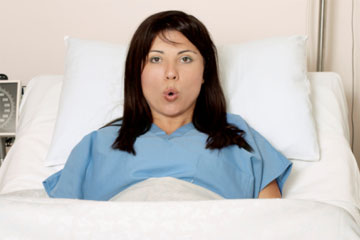 Don't be too concerned if you're Rh negative. Remember that dozen or so vials of blood your doctor took at your first prenatal appointment? If routine tests revealed that your blood is Rh negative, you'll require a shot of Rh immunoglobin at 28 weeks. This injection will keep your Rh negative blood from developing antibodies that could attack your baby's (likely) Rh positive blood. Not too long ago, this was pretty serious business, and it still is if it's not monitored. Luckily, regular testing and monitoring of these situations make it much easier for Rh negative mothers to go through pregnancy without a hitch.

By now, you may have already experienced the annoying phenomenon that is Braxton Hicks contractions. Although they occur as early as the sixth week of pregnancy, most women don't start to feel them until at least the midway point. Although they can be uncomfortable, Braxton Hicks contractions differentiate from the labor-inducing variety because they aren't extremely painful and don't get longer or increase in frequency. In fact, I had no idea that I was even experiencing them with my second child because the sensation felt more like he was doing a very intense headstand. To ease these occurrences, drink plenty of water to fight off dehydration and change positions or activities. More intense contractions can be a warning of preterm labor; always seek your doctor's counsel if anything feels unusual or painful.