Guide to Being Six Weeks Pregnant

Browse the article Guide to Being Six Weeks Pregnant 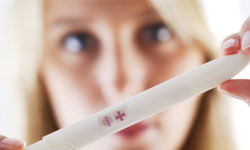 Many women have an inkling that something's up by the time the sixth week of pregnancy rolls around, particularly for those who usually menstruate like clockwork. So, if your period is officially very late, it's definitely time for you to procure a pregnancy test and turn your suspicions into pink or blue (or both!) reality.

However, women with unpredictable cycles and subtle or completely absent pregnancy symptoms might not connect the dots for a while longer.

If you know or at least suspect that you might have a bun in the proverbial oven, keep reading for useful information on this stage in an ever-changing pregnancy.

Once upon a time, I was sitting in a movie theater with my best friend trying to enjoy a Nicole Kidman comedy. I was wishing I had more candy when it hit me: a fleeting wave of dizzying nausea. On the way home, I purchased a pregnancy test, and eight months later, Nicholas entered the world in all his adorable, bossy glory.

By the sixth week of gestation, many women who are going to be members of the morning sickness club are beginning to feel queasy. Ranging anywhere from mild to extreme, morning sickness can actually happen any time of the day or night, and it can also vary widely among pregnancies. So, try not to be too smug if you get off easy this time. It'll annoy your friends and can come back to haunt you when you're carrying baby No. 2.

Other common issues that may or may not be arising at this point are tender breasts, frequent urination, fatigue and mood swings that put your typical monthly bouts to shame. Get plenty of rest and try to roll with the punches as best you can until the 12th or 13th week, when most women experience relief from first trimester woes.

Your little sweet pea is practically gargantuan compared to just a couple of weeks ago, when he was still invisible to the naked eye. Measuring about a quarter to a half-inch from head to rump, his head is his dominant feature. The rest of his body is making strides to catch up, thanks to budding arms and legs, which will eventually give rise to 10 sweet little fingers and 10 equally perfect toes. His facial features, like his eyes, nostrils and ears, are also beginning to make an appearance. In fact, those baby blues (or browns, or greens) are well on their developmental way, each sporting a lens, cornea, retina and iris by the end of this week. His wee intestines and lungs are beginning to take shape, and his brain, heart and other vital organs are maturing at a significant pace.

Whether you consult the Chinese Birth Chart or dangle your wedding ring over your growing belly, chances are you'll make guessing your baby's gender a nearly full-time job. Although these games are harmless fun, don't decorate your nursery just yet. Even trained ultrasound technicians are occasionally wrong, leading to a major shock come delivery!

For starters, he should know where his car keys are -- in case of emergency trips to the closest pizza joint to satisfy your random cravings.

He should also continue to educate himself on the many upheavals that your body and soul are currently facing. From mood swings to morning sickness, you might be going through the ringer right now, and it's so much easier to handle the stress when you have a supportive partner pampering you or holding your hair back while you puke. Trust me, he's going to see much worse things come delivery day (no man can ever completely recover from witnessing an episiotomy), so don't be shy about letting him help you out in your time of need. 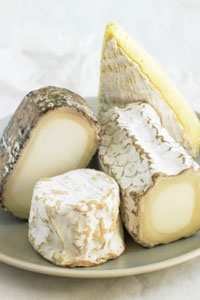 Beer and wine aren't all you'll be parting ways with for the duration of your pregnancy. In fact, there's a laundry list of foods that can harm a developing fetus if you're not careful.

Fortunately, many of these foods are easily avoidable with just a little bit of care. In particular, certain types of fish, like swordfish, king mackerel, shark and tilefish, contain high levels of mercury, which can seriously harm your baby's nervous system. Cross these off your list of seafood options until you've given birth and finished breastfeeding. Instead, satisfy your seafood cravings with up to 12 ounces per week of low-mercury seafood, like shrimp, salmon, cod, catfish, canned light tuna and pollock. It can be difficult to remember which are safe and which aren't, so I printed off a handy cheat sheet for restaurant outings to minimize the guesswork.

Food-borne illnesses are also a very real threat to your pregnancy, so be sure to steer clear of unpasteurized cheeses (brie, blue cheese, feta and camembert, to name a few). Bacterial food poisoning is also very present in undercooked eggs or meat, including poultry, so be sure to ask for everything well done, even if that's not your personal taste.

Deli meats and hot dogs sometimes cause a serious illness known as listeriosis. If you choose to eat any of these types of meats, simply make sure they are heated up to steaming, rather than cold or lukewarm.

We know you've got a lot on your mind in week six of your pregnancy, but don't worry if you can't see your baby's heartbeat during your first vaginal ultrasound. Although it can occasionally be spotted at this early stage, it's not even a little bit uncommon to see the baby and the yolk sac, with nary a heartbeat in sight.

If your little one's ticker is playing hide and seek, take a deep breath and schedule an appointment for a couple of weeks later to try again. By that point, it should be a cinch for your doctor to locate the heartbeat, plus you might even be far along enough to hear it!

Miscarriages happen far too often, in roughly 10 to 25 percent of all known pregnancies. The majority of miscarriages happen in the first trimester, so it's advisable that you put off announcing your pregnancy until the third month. Of course, don't worry about telling a select few people, whose support you would need in the event of a miscarriage.