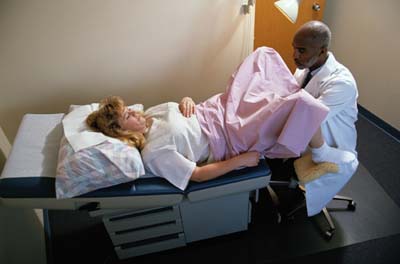 In looking back, we see that until the mid-1930s, childbirth was truly dangerous. High percentages of women and their infants died during or soon after childbirth. Determined to correct this grim statistic, organized medicine took many steps to lower mortality rates. A new medical specialty, obstetrics, was founded, and an aggressive effort was made to eliminate high-risk practices (for example, lack of cleanliness and infection control at delivery, and overuse of drugs to speed up labor and obliterate pain) and to improve the training of physicians. Prenatal care also gained recognition for its benefits in preventing death. Childbirth moved from home to hospital, with the promise of more efficient and controlled conditions for birth.

With these efforts, along with general improvements in public health (for example, improved working conditions, public sanitation, family nutrition, and better control of some chronic illnesses), came a reduction in the danger of death in childbirth. The 1940s brought such advances as antibiotics and blood banks, as well as improvements in surgical techniques and anesthesia, which further increased the safety of childbirth.

But by the 1950s, routine maternity care, originally designed to improve safety, had become almost too rigid. For example, the fear of infection, a major killer of mothers and babies, led to such practices as taking away all a woman's personal belongings when she entered the hospital; shaving all her pubic hair; administering large, uncomfortable enemas; prohibiting fathers and other loved ones from entering the maternity area; keeping babies in nurseries, away from their mothers; and handling babies as little as possible. At the time, bottle-feeding was believed to be more sanitary and superior in almost every way to breast-feeding.

In addition, heavy use of pain medications often took away mothers' ability to control their behavior and to understand and remember labor. They often remained drugged and sleepy for hours or days after birth.

In response to these hospital routines, women protested that such practices were not necessary or beneficial, and they began seeking other, more satisfying ways to give birth. Fortunately, concerned and enlightened professionals joined them in their quest.

Thus began the natural childbirth movement and the movement toward family-centered maternity care. The 1960s was a time when national and international organizations were founded to make these changes. Women and men wrote and read books describing more humane, satisfying ways to give birth to a baby. Mothers attended childbirth preparation classes, involved their loved ones in their support and care, breast-fed their babies, and spent more time during their hospital stay caring for their babies.

These improvements in care and in safety have continued. As the individuality of each woman was recognized, so was the uniqueness of each labor. It became clear that not all women need or want the same kind of care when they give birth.

The 1970s saw the reemergence of the midwife as a popular and trusted caregiver for healthy women wanting more participation in their own care, more emphasis on prevention of problems, and more recognition of their emotional needs. This was also the time when alternative settings for birth -- at home or in a birthing center -- surged in popularity.

Hospitals also joined the ranks, offering more flexible, family-centered care and more comfortable, homelike rooms for birth. The role of physicians changed, too: They became more sensitive and responsive to each woman's needs and wishes instead of assuming complete control of the birth.

Go to the next page to begin reading about your choices today and begin deciding what kind of care you think will be best for you during your pregnancy and the birth of your baby.