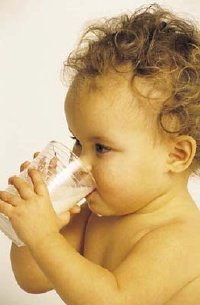 From birth to about six months, your baby will only be able to consume liquids.
©2006 Publications International, Ltd.

Infant feeding practices have changed enormously since the turn of this century. From 1900 to about 1920, most babies were fed only breast milk or, occasionally, modified cow's milk formula for the first year of life. The first supplements were cod liver oil to prevent rickets and orange juice to prevent scurvy.

During the next 30 years, solids were offered earlier to supply the iron and vitamins thought to be missing from milk and to accustom the infant to a more varied diet. During that time, mothers were eager to have their babies gain weight rapidly since a fat baby was considered desirable.

During the 1970s, primarily because breast-feeding was beginning to be considered more natural, feeding practices began to change. Today, approximately 70 percent of mothers in this country at least attempt to breast-feed their babies.

There are three feeding periods in the first year of life. The first period, the nursing period, encompasses the time during which your baby is capable only of sucking and swallowing liquids. The second period, the transitional period, begins when your baby first gets solid foods and lasts until she is able to take most of her food from the family table with only some modification. The third period, the modified adult period, occurs when your baby receives most of her food from your table.

From birth to about four to six months of age, your baby is able only to suck and swallow liquids. His ability to take food from a spoon begins about the fourth or fifth month. During these early months and for the whole first year of life, the very best food for your baby is breast milk. Breast milk provides just the right blend of proteins, fats, carbohydrates, minerals, and calories. It also contains enzymes to aid digestion and minerals, such as calcium and iron, in a form in which your baby's body can almost completely absorb. Breast milk contains antibodies, which help protect your baby from infection and disease. Breast-feeding your baby greatly reduces the incidence of allergy.

If breast milk is your baby's only food, your child's doctor may recommend certain vitamin supplements. Your baby probably received vitamin K at birth, by means of an injection or orally, to protect him from hemorrhage. Vitamin K is necessary to help the blood clot. If your baby has limited exposure to the sun, he may receive a vitamin D supplement. Your baby's doctor can discuss this with you.

Iron supplementation is not usually necessary for a full-term, healthy, breast-fed infant. The iron stores your baby accumulated in the last months of pregnancy, in addition to the iron obtained from breast milk, should be sufficient until he begins to get iron in his diet in the second six months of life.

If you do not breast-feed, a commercial formula containing iron is recommended for the whole first year. All the vitamins and minerals he requires are present in the formula.

If you breast-feed your baby on demand during the nursing period, you can expect to feed your newborn 8 to 12 times a day. Breast-fed infants generally feed more frequently because breast milk passes readily through the digestive tract. As he grows older, the number of feedings may decrease as he becomes capable of taking more milk.

Bottle-fed infants often feed less frequently than breast-fed infants because formula is not as readily digested and tends to leave the stomach less quickly. Whether you feed your infant on demand or on a schedule, be sensitive to when he finishes feeding. Even though it is tempting to have him finish the bottle of formula you have prepared, do not force him-be careful not to overfeed him. Fat babies are not necessarily healthier babies.

Do not give an infant younger than one year of age whole cow's milk, nonfat or skim milk, 2% milk, goat's milk, or homemade soy milk. All are high in protein and mineral content; the by-products of these would stress your baby's kidneys, causing dehydration. Skim milk lacks the essential fatty acids necessary for the development of the central nervous system and the vascular system, and it does not provide enough calories for growth.

Goat's milk is dangerously low in folic acid, and if unpasteurized, it may be contaminated with disease-causing bacteria. Homemade soy milk contains no vitamin K and inadequate calcium, placing an infant at risk for rickets.

Solid foods -- even such foods as baby cereal -- are inappropriate before your child is four to six months of age since your baby cannot digest and use the starches. Starting your baby on solids too early may cause diarrhea, impair growth, increase the likelihood of obesity, and increase the incidence of allergy.

Honey is another food you should not give to your infant -- in either raw or cooked form -- during the first year of life. Honey may contain spores of the bacteria that cause botulism.

By six months, most babies should be able to swallow liquids from a spoon.
©2006 Publications International, Ltd.

The transitional period begins sometime between the fourth and sixth months. By then your baby can show a readiness for solids: He is able to indicate when he is hungry and full, to swallow food from a spoon without extruding it from his mouth, and to digest more complex starches, proteins, and fats. You know he is ready for solids when he shows an interest in what you are eating.

Milk, in the form of breast milk or an iron-fortified formula, is still the most important food in his diet. Since he is beginning to deplete his iron stores, experts recommend the first solid food you offer be an iron-fortified cereal. You can mix the cereal with breast milk, water, or formula. Start with just a tea-spoonful in a very liquid form.

During the next months, you might build up to three level tablespoons of cereal a day to supply the seven milligrams of iron your baby needs. Use one-grain cereals at first, such as rice, oats, or barley. Later, you can introduce multi-grain cereals. Avoid cereals that have other foods, such as fruit, added to them.

At seven to nine months, you'll offer other foods. You might offer breast-fed infants a high-protein food, such as chicken or lamb, because breast milk is somewhat lower in protein than formula. Many parents offer vegetables first, hoping to accustom their babies to foods less sweet than fruit. Once you begin to give your baby solids, also offer water because his kidneys must work harder to excrete the by-products of these foods.

Introduce only one new food a week so if any food causes a problem for your baby, you are able to identify it. You might suspect a food allergy if your baby has diarrhea, vomiting, abdominal pain, eczema, or a chronic runny nose. The most common offending foods include wheat, soy milk, cow's milk, eggs, orange juice, tomatoes, peanut butter (and other nut products), chocolate, fish, and beef. If your family has a history of allergies, tell your baby's doctor and get some special guidance for feeding your baby.

Foods to avoid in the second six months of life include honey, milks other than breast milk and formula, and allergenic foods, such as tomatoes, orange juice, nuts, and chocolate. Avoid adding salt to your baby's food; he does not need it.

Do not give him large pieces of meat, hard candy, nuts, or popcorn, which may cause him to choke. The American Academy of Pediatrics recommends not giving your baby juice in a bottle since this increases your child's risk of tooth decay.

This period begins about the eighth month of life, when your baby is able to eat chunkier foods and a more varied diet. You will find he is finally on a more predictable feeding schedule. Most of his food can come from the family table, although you will have to cut it in smaller pieces and perhaps grind his meat. (Combination baby foods are not recommended because they are nutritionally inferior to table food.)

Avoid using highly salted or seasoned foods. Prepare food without seasoning; have family members season to taste at the table, but do not add salt to your baby's food. Carbonated beverages, candy, tea, and other sweet foods may ruin a baby's appetite for good food. Also avoid giving fruit juice whenever the baby is thirsty; it can have a similar effect. If he wants more to drink, offer water.

In the next section, we will examine dietary concerns during the toddler years. 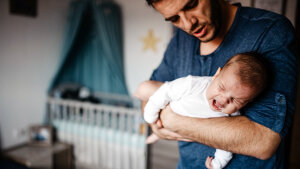 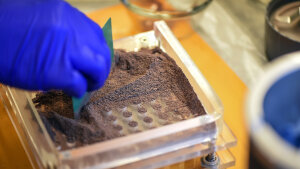 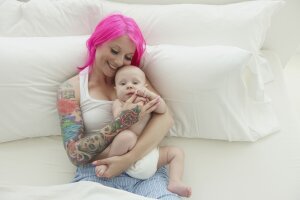 Can you get a tattoo if you're breast-feeding?