by Jesslyn Shields Nov 7, 2018
But if we take spanking away from parents, you ask, how will they manage their children's behavior? Flickr (CC BY-SA 2.0)

You had a feeling you shouldn't spank your kids, but now it's official: Don't hit children — it's bad for them, says the American Academy of Pediatrics (AAP).

The AAP has not issued an official statement regarding corporal punishment in 20 years, since the organization released a report discouraging spanking at home, while taking a hard line against corporal punishment in schools. Now the AAP, which represents about 67,000 doctors nationwide, advises parents against spanking, defined as "noninjurious, openhanded hitting with the intention of modifying child behavior." The reason? Not only is the time-honored tradition cruel, it's also ineffective as a means to change a child's behavior, and can lead to even more extreme behavior, which then leads to more severe physical punishment.

The AAP based its statement on 20 years of research the organization didn't have back in 1998, like a 2016 multi-study analysis that concludes there are no behavior benefits to spanking. Other studies have found spanking actually increases the occurrence of bad behavior, and one small MRI study even found adults who had received severe corporal punishment as children had less gray matter volume in the portion of their brains responsible for social function, as well as lower performance I.Q.

But if we take spanking away from parents, you ask, how will they manage their children's behavior? Well, the purpose of discipline is to teach children what to do so they can grow into emotionally and socially healthy adults, not to provide adults with a way to blow off steam. The AAP suggests a few alternatives for disciplining children on their parenting website, HealthyChildren.org, including rewarding good behavior, using timeouts when a child needs to unwind and establishing a clear relationship between bad behavior and the consequences that come with it.

The good news is that the 21st century has seen a marked decrease in the numbers of parents who admit to spanking their children. According to the AAP press release, "young adults, regardless of race and ethnicity, are far less likely to endorse the use of corporal punishment than were parents in past generations."

Why World War I Became the 'Forgotten War' 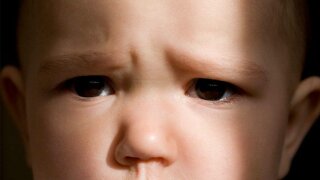 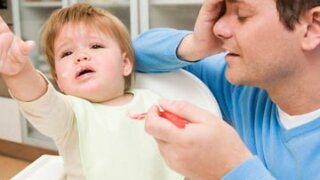 How to Deal with Parenting Stress 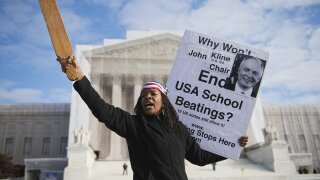