What are some tips for recently divorced fathers of teens? 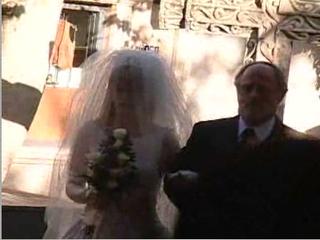 Although this is a hard one, try to refrain from criticizing your ex-wife or using your teens as sources of information concerning what's going on with her. Your teens don't want to be forced to choose sides and these kinds of behaviors put them in an uncomfortable position. Similarly, don't confide in your teens as if they're your age. You're still their father, not their friend, and although you're also going through a difficult time, you need to find your own support network. Expect that after the divorce your teens may be anxious, aggressive, depressed or more likely to abuse alcohol or drugs, but after around two years this sort of acting out should diminish. One of the reasons your teens may seem to be acting so unreasonably is that they're at a developmental stage where they're becoming independent and drawing away from their parents, while in their case, the divorce appears to result in their parents separating from them.

Other areas you may want to be aware of are the financial effects of the divorce on your children. If they're living with their mother, they may have suffered a dramatic loss of income, and your ex-wife may be working longer hours to cover bills. Your teens may experience depression as a result and feel neglected and resentful. Try to provide your teens with emotional support and be willing to work with your ex-wife to have consistent rules about homework, discipline, curfew and limits on the kinds of behavior you don't want your teens to engage in.

Try to keep a consistent visitation routine, and don't cancel out on your children unless there's a true emergency. Make sure you remember important dates, such as your teen's birthday, holidays, and school plays/graduation/big sports game. Although your teens may act as if they don't care, know that part of their pulling away is to test if you still care about them.

American Academy of Pediatrics Says Spanking Is Ineffective
Spanking Has Declined Sharply in the U.S. in Last 25 Years, Study Finds
Going to Let Your Toddler Watch TV? Better Watch With Them