by Kate Kershner Feb 20, 2017
Tradition still seems to rule in the U.S. when it comes to whose last name baby gets. Tara Moore/Getty Images

Perhaps you've heard lately that more U.S. women are keeping their maiden names after marriage, and sometimes for purely practical reasons. Changing social media accounts, the bureaucracy of a legal name change — all of it has led to an upward tick of women opting to stick with their own surname, according to some sources.

So when it comes time to have children, are more straight parenting couples choosing to go a nontraditional route when choosing a surname? More specifically, are they opting for the children to take mom's maiden name?

Laurie Scheuble is a professor of sociology at Penn State University, and she says it's not easy to track any information or trends about naming but that it's clear that there's still an overwhelming cling to tradition. One BabyCenter survey said that just 4 percent of families decide to give the baby the mom's last name.

"There is so little research in the area," Scheuble says in an email. "Most children carry their father's last name. Even when women make an unconventional last name for their choice (kept their birth surname at marriage, hyphenated) they give their children the father's last name."

In fact, Scheuble's research says that 90 percent of women with an unconventional surname (read: not their husband's) will give their children the male surname. (Note: The sample in Scheuble and colleague David R. Johnson's research consisted of 600 married, straight women on staff at a university system.) But Scheuble did find that while children's last names overwhelmingly followed a conventional pattern, middle names did not.

Stefanie Le Jeunesse's young children were all given her surname. She says it was partly about her own pride in the name, and partly an intentional feminist action. "I love my last name," Le Jeunesse says in an email. "It's beautiful; it's rare; it honors a part of my family that I cherish. I saw no valid reason why my children should have their father's last name instead of mine — patriarchal tradition has never been compelling to me — and I did the work to grow and nourish them, so my partner and I agreed that it was my decision what to name them."

But it hasn't escaped her attention that the practice is rare, and brings with it some outside confusion. "Everyone who asks us to fill out paperwork assumes my partner is not our children's father," she says. "He has a very hard time when he has to parent alone in any official capacity (doctor appointments, school stuff, etc.). We get a lot of mail addressed to The Partner's Name Family, even though he's the only one with a different surname."

And that doesn't include the societal strain. Family members cautioned her partner that giving the children the maternal surname could be the first sign she planned to take off with the children, for one.

Scheuble says that a patriarchal model is certainly at play. "As a society, we are absolutely gendered with our naming beliefs. We think women who take on their husband's last name at marriage are more committed to the marriage. There are a number of studies that show this," she says. "Interestingly, we do not think the husband is less committed to the marriage since he kept his birth surname at the time of marriage."

Le Jeunesse doesn't regret her choice, and doesn't see it as that much different from picking out first names for children. "We put so much thought and care into the names we give our children," she says. "But we often pass on surnames that we don't like, that have unfortunate connotations or carry heavy burdens we could easily just release."

NOW THAT'S INTERESTING
While this article focuses on maternal naming in male and female couples, it's important to note that gay and lesbian couples also must grapple with unconventional naming traditions. To learn more about naming in these populations, there are several research papers that provide insight.

No Link Between Immigrants and Crime

Here's What Happens When You Swallow a Leech 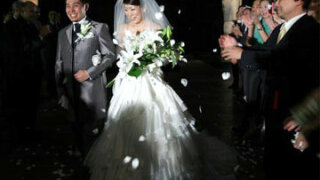