by Kate Kershner Nov 22, 2016
A longitudinal study of more than 20,000 post-menopausal U.S. women found that women who decide to get pregnant for the first time at age 25 or older may wind up living longer. Catherine Ledner/Getty Images

There's no end to the list of things people claim will keep you young: drinking red wine every night, eating green veggies, throwing an anchor around for intense exercise.

Now, compliments of a new study, some women can add this to the list: having a baby at an advanced age.

Come to think of it, it might be easier to pound the wine, eat the veggies and throw the anchor.

The longitudinal study followed 20,248 post-menopausal U.S. women, 10, 909 of whom survived to the ripe old age of 90. And it did indeed find that mothers who had their first child at age 25 or older were more likely to live to age 90, but that's not the whole story. For one, white women — but not black women — were found to have increased longevity with two to four term pregnancies, as opposed to a single term pregnancy.

So does that mean that women should hold off on pregnancy for as long as they can, to live into eternity? That seems like a pretty bad plan, according to reason and the study's authors. They caution that although "reproductive events" were associated with longevity, that doesn't tell us anything about other contributing factors.

For instance, the link might not mean that women live so much longer because they give birth at a later age; it might be that women with better health and socioeconomic status choose to give birth later, and thus have more social and financial stability to ensure better health (and health care) as they age.

Remember that a later pregnancy (one after the age of 35) is associated with preeclampsia and gestational diabetes, as is chromosomal disorders. So while this study is certainly worth studying, best not to assume that having a later-in-life baby will ensure a long life.

NOW THAT'S INTERESTING
According to the study, there are currently 1.3 million U.S. women aged 90 and older. By 2050, it's estimated that number will more than triple, to 4 million.

What Happens to Drivers When Toll Roads Stop Taking Cash? 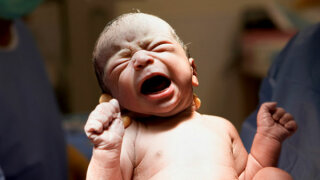 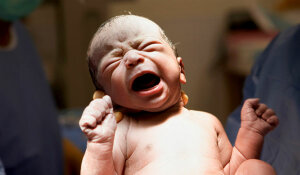