by Alia Hoyt Nov 28, 2017
That time of year when you feel a greater urge to cuddle up with a special someone actually has a name. Phillip Suddick/Getty Images

For singles, the warm weather months are full of pool parties, frozen drinks and a natural inclination to play the dating field. When the temps turn cool, however, men and women alike start to look around for someone to cuddle up with in front of the proverbial fire, albeit often unconsciously.

Although this practice has been around for ages, the era of dating apps has coined the phrase "cuffing season" to describe it, as in, more people look for someone to get "cuffed" — or handcuffed — to during this time frame. Typically, cuffing season is in full force during the months of October to February.

So why is this? One big reason is likely social. The high-pressure holidays of New Year's Eve and Valentine's Day are enough to send people looking for commitment, lest they be left alone without a date on these all-important days. Dating app OkCupid reports a huge uptick in winter activity by people looking for love, to the tune of about 30 percent, over fall. Activity isn't all that changes, though.

"In certain cities where the weather is really cold, we notice some people lower their minimum distance that they are looking for (i.e. you might usually look for people up to 10 miles [16 kilometers] but lower it to 5 miles in the winter," explains Melissa Hobley, chief marketing officer with OkCupid in an email interview. "We also see a lot of members update their profile pictures to be more winter-themed."

Then there's the biological explanation for the cuddling up. "Cuffing season is probably coded for in our DNA. In the fall, genes get turned on that result in changes in both hormones and neurotransmitters that may be responsible for driving us to pair up with a mate," says biochemist Dr. Jennifer Stagg in an email. "In autumn, the drop in temperature and reduction of daylight hours, appear to act as a cue to our DNA causing a shift in the production of hormones."

"From a biological standpoint, testosterone levels in men appear to be lowest during times of warmer weather and longer daylight. Peak testosterone occurs around October/November, but elevation is seen throughout the winter months," emails Jonathan Bennett, certified counselor and owner of the dating site The Popular Man. "Given the connection between testosterone and sex drive, it makes biological sense that men would want to seek out companionship during times of higher testosterone. And, given the connection between higher testosterone and increased male attractiveness, it also makes sense that women would find men more generally attractive during these times and want to pair up."

Also, during the winter, our bodies start releasing melatonin earlier in the evening, sometimes all day long if it's nasty enough outside. By comparison, summertime sees melatonin prepping us for sleep much later in the day because the sun goes down later, making us more likely to be full of energy to mix and mingle. So, it can seem more comforting and natural to stay in and snuggle, rather than hit the town during the dark and dreary winter months.

Wedding website The Knot refers to the period between November and February as "proposal season" because of the tremendous spike of engagements they see each year around this time. In 2016, about four in ten (37 percent) of couples got engaged during this period. "When it comes to engagements, the cold weather months tend to be popular because of the number of meaningful holidays that fall between November and February — think Thanksgiving, Christmas, New Year's Eve and Valentine's Day, says Kristen Maxwell Cooper, editor in chief of The Knot in an email. "Most of these holidays are either gifting holidays and/or family-centric holidays making it a good time to pop the question and celebrate with the most important people in one's life."

Now That's Cool
Christmas Day, followed by Valentine's Day are the most popular days of the year to get engaged, according to WeddingWire. In fact, only one of the top 10 engagement days falls outside the cuffing season zone, with July 4th checking in at the No. 10 spot.

The Battle Looms Over Net Neutrality 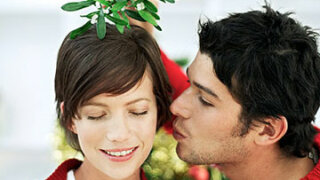 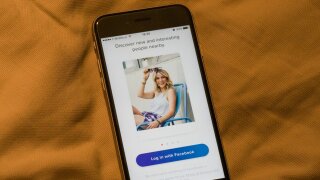 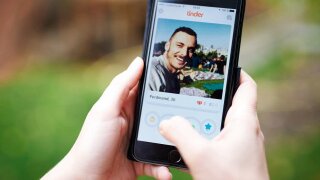 Casual Dating With the Help of Artificial Intelligence