by Sara Novak
Prev NEXT
5 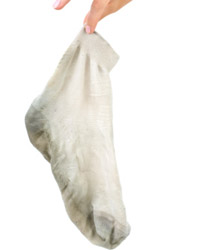 You don't have to like dirty socks, just stop complaining about them.
iStockphoto/Thinkstock

With time, some of your spouse's less appealing habits become irritating. But nobody likes to be criticized constantly and it's best to save criticism for points that have an impact on your relationship in a real way. Leaving dirty socks out and chewing with your mouth open aren't cause for a fight.

Pick and choose your battles. Just as you wouldn't have told your love that you hated the way she laughed when you first met, don't condemn her cackle today. It sets a negative climate and puts her on the defensive for no reason.

It's not about being fake or lying to your spouse, it's about choosing which habits need changing and then finding the best way to broach the subject. Find a kinder way of conveying that his ripped jeans aren't appropriate for an upcoming dinner party.

Learn how aphrodisiacs can make date night a little spicier on the next page.