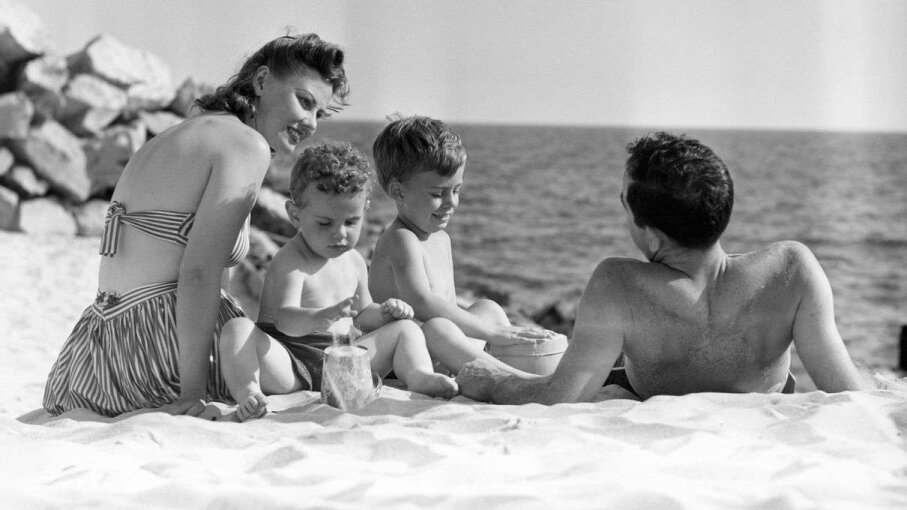 How much do seasonal events (like the annual family holiday) play into when couples get divorced? George Marks/Retrofile/Getty Images

It's August, the peak of summer and sweaty temperatures in the U.S. If you're married with kids, you're probably just recovering from your annual family vacation to some sunny beach or amusement park. But you might also be packing your bags for a less celebratory vacation — from your spouse, because you're getting divorced.

A new study out of the University of Washington shows that for those who are married and looking to call it splits, March and August are the most popular times to file for divorce. According to the study, which uses data from November 2001-December 2015 on court filings in the state of Washington, most people turn in their divorce papers in early spring and late summer, while there's a drop in filings from April to July and November to December.

The researchers thought this pattern might change depending on the state of the economy, reflecting partners who stay together for financial stability and well-being, but it held true with marginal change even during the recession (December 2007-June 2009). They also found the pattern persisted when they looked at data from four other states (Ohio, Florida, Arizona and Minnesota).

The researchers gathered census and survey data to determine the number of married-couple households in 37 Washington counties, and used the state's judicial information system records to calculate the number of petitions for marital dissolution or legal separation filed every month in each county. But the question remained: Why were March and August the highest months for divorce?

The researchers pinpoint the "social clock," or the calendar of family rituals and holidays, as the likely culprit. They say since July is the most popular vacation month in the U.S., couples may decide to divorce in August because of stress the family time caused, because the vacation didn't live up to a spouse's hopeful expectations for better times, or else they didn't want to disrupt such a socially sensitive period. The study authors were not able to determine if the couples that filed in August had actually gone on vacation in July so there is a bit of speculation involved here.

Holding off until after the holiday is a less likely explanation for the March peak in filings, though, which would occur in January if that were the case. (Another study out of the U.K. did predict a three-fold increase in divorce proceedings this January for that very reason. Perhaps that's because of the national difference — the U.S. already has one of the highest divorce rates in the world, after all.) Time to organize finances or pluck up the courage to file may explain the spring filings, so long after the winter holidays and Valentine's Day, study co-author Julie Brines suggests in the press release. In the paper, the study authors also point out that suicide rates peak in the spring months, when there is a contrast between the resurgence of life and a person's own ongoing unhappiness. Might not the same also apply to marriages?

The paper was presented at the annual meeting of the American Sociological Association this month, so it hasn't made it to a peer-reviewed journal yet. But this new evidence for a cycle of "seasonal" divorce filings shows that family rituals still affect our choic­­­es.

"[Holidays] represent periods in the year when there's the anticipation or the opportunity for a new beginning, a new start, something different, a transition into a new period of life," Brines, associate sociology professor at the University of Washington, says in the release. So, as August comes to a close ... here's to a fresh start?

Now That's Interesting
Fewer people in 2011-13 than in 2002 thought divorce was the best solution when a couple can't work things out; the percentage of women who considered divorce acceptable decreased from 47 to 38 percent, and men from 44 to 39 percent.