by Cristen Conger
Prev NEXT
2

(Not) In the Mood 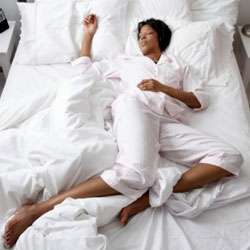 Birth control puts some women out of the mood.
Sean Justice/Getty Images

One of the most ironic hormonal contraceptive side effects for some women is a lowered libido. Indeed, birth control can work too well, in a sense, not only diminishing pregnancy risk but also dampening the desire for sexual intercourse. Anecdotal evidence has long supported this unadvertised side effect, and a growing number of studies have confirmed the rumors. In November 2011, for example, an in-depth survey from Indiana University found that women on hormonal birth control had more trouble with sexual arousal and engaged in sexual activity less frequently [source: Smith].

Sexual dysfunction, such as low sex drive, poor lubrication or difficulty achieving orgasms, isn't uncommon for women regardless of birth control. As many as two in five women report at least one sexual dysfunction; the question is whether the hormones in birth control could be to blame [source: Beal]. Estrogen and progestin contained in the pill might interfere with the body's testosterone production, which doubles as the gas station fueling sex drive [source: Melnick]. Unraveling external hormonal influences from generalized sexual dysfunction remains a hurdle for researchers, but repeated analysis has implicated oral hormonal contraception as a common culprit among women reporting limp libidos.