by Tracy V. Wilson
NEXT PAGE 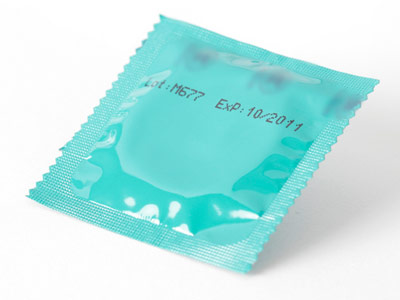 In the 1970s, condoms were the contraceptive underdog in much of the world. During World War II, military leaders had tried to curb venereal disease (as it was known then) by distributing condoms to Allied troops and promoting them with slogans like "Put it on before you put it in." When the soldiers returned home, condom popularity skyrocketed among civilians. But by the '60s, condoms were taking a back seat to a new contraceptive, the pill. And since most of the sexually transmitted infections (STIs) of the day were easy to treat with antibiotics, fewer people relied on condoms to prevent them.

In the '80s, all that changed. The threat of AIDS put condoms back in the spotlight, and more people started to use them to protect themselves from HIV. The latex sheaths made headlines, alternately praised as a tool for safer sex and criticized as an enabler of immoral behavior.

History had repeated itself. In the late 15th and early 16th centuries, ships returned to Europe from the New World bearing a new disease -- syphilis. Syphilis had no cure at the time, and the people of Europe and Asia had no natural immunity. Known as "the Great Pox," "the Portuguese Pox," "the French Disease," and a host of other names, syphilis spread along trade routes, causing dementia, debilitating sores and death.

People made the connection between sex and syphilis, and the condom became a tool for disease protection. In 1546, Gabriele Falloppio, discoverer of the fallopian tubes, penned the oldest known written description of the condom, recommending it as a syphilis preventive. But not everyone hailed the condom as a way to stave off disease. French theologian Leonard Lessius, for example, condemned the condom as immoral in 1605.

The condoms of Falloppio's era bore little resemblance to the foil-wrapped rolls found in grocery stores, health clinics and vending machines today. And, in spite of his claims to the contrary, Falloppio didn't invent the condom. Read on to find out where condoms came from and why they've been around longer than people have known exactly how babies are made. 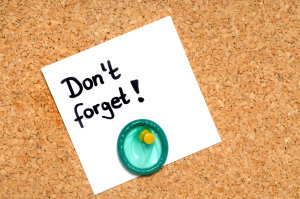 10 Completely Wrong Ways to Use a Condom