Birth control pills and devices have never been a perfect solution for female family planning. They might involve a shot every three months, or an uncomfortable insertion. The woman on the receiving end might get spotting for months, or even have serious side effects like blood clots. And then there's the general side effects of hormonal birth control in general: Weight gain, acne, headaches and nausea can all crop up.

In the first primate study conducted on the stuff, all 16 male rhesus monkeys that were injected with Vasalgel were unable to conceive for up to two years, even when living in the free-love atmosphere of the California National Primate Research Center (CNPRC). (Well, in the outdoor colony where breeding is regular and robust.) And it's a rather novel substance; it's nonhormonal and requires little medical intervention.

"It is a thick gel that is injected into the vas deferens," explains Linda Brent, executive director of the Parsemus Foundation, which developed the gel. (The study was conducted by scientists at the CNPRC, and funded by the Parsemus Foundation.) "Once there, it forms a flexible hydrogel that allows fluids to pass through but filters out sperm. It remains inside the vas deferens blocking the sperm."

Basically, after a shot to the nether regions, you've got yourself a thick, polymer-based gel dam that's blocking any sperm from swimming upstream. And it works fast.

"In studies in animals, the sperm flow usually stops within a month or so (it takes a bit of time for the sperm that are already in the tubes to be expelled)," Brent writes in an email.

Of course, the only other long-acting form of birth control available to men is a vasectomy, which is costly, requires recovery and can only be reversed with a surgical procedure that has varying success at recovering sperm count. Vasalgel one-ups the process by seemingly allowing a quick reversal with a flush of sodium bicarbonate to the vas deferens. You read that right — just like a clogged drain, a bit of baking soda solution seems to get all the juices flowing again quite well. (A rabbit study that details the effectiveness of reversal is due up within a month or so, according to Brent.)

Naturally, a human trial is still a ways off. Brent says that between analytics, creating Vasalgel for a human subjects, safety testing and set-up, we probably won't see the start of human clinical trial until 2018.

But it's important to remember that even success in monkeys is exciting. Vasectomies in monkeys are more complex, but scientists and researchers have to rely on them to control animal populations if they want the monkeys to live in a more social setting. It's possible that this long-term, male birth control will allow monkeys to have a healthier social life without surgery.

Now That's Interesting
Male hormonal birth control recently experienced a setback when a large-scale trial for one option was shut down after too many men dropped out due to side effects. Some side effects were similar to those we see in female birth control, like acne, but there were a few cases of severe emotional disturbance.

Fukushima Radiation Readings Are Extremely High … But Let's Not Freak Out 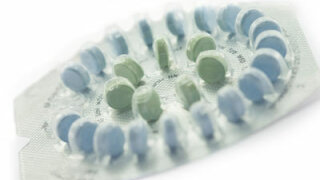 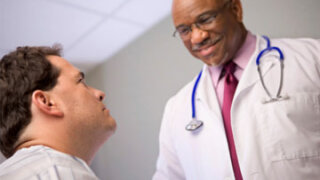 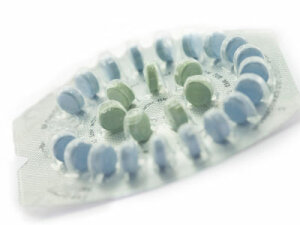