Lena Dunham Got Us Thinking About Ovarian Cysts

For many women, menstrual periods are a pain.

But if they have an ovarian cyst that ruptures, that pain can take on a new meaning, not to mention intensity.

Before you panic, know that most women get cysts; they just might not know it. "Cysts are often normal and come and go, particularly with hormonal fluctuations in a woman's menstrual cycle or after ovulation," says Vandna Jerath, OB-GYN and owner of Optima Women's Healthcare in Parker, Colorado.

Here's a quick refresher on ovulation: Every woman has two ovaries — almond-shaped glands on either side of the uterus. Each month, the ovaries grow follicles, which are small, round, cellular structures. These follicles release an egg that travels through the fallopian tubes and into the uterus in hopes of being fertilized by a sperm.

This illustration shows an ovarian cyst in the left ovary.
BSIP/UIG Via Getty Images

During this process, a woman might develop cysts, which are fluid-filled structures that look like a sac, or tiny balloon, on the ovary. Normally, Jerath says, these "functional cysts" dissolve on their own and in most cases, are harmless and painless.

But sometimes, the follicle doesn't release the egg and the cyst grows. It can fill with blood or solid debris and cause pain, or twist.

All that buildup and movement can cause the wall of the cyst to tear or burst. It can happen spontaneously or be triggered by intense physical activity, like sex or exercise, or even trauma.

When a cyst ruptures, a woman might feel abdominal pressure, pelvic pain, nausea and vomiting, says Jerath. She also could have painful bowel movements, pain during sex, bloating or dizziness. Or she might feel nothing at all.

If she does have abdominal pain, it may be mild or severe, acute or chronic. "Acute pain is often associated with ovarian cysts that rupture and bleed internally (hemorrhage) or twist (ovarian torsion) and both typically require immediate surgery," Jerath says.

That was the case for Lena Dunham, creator of the HBO series "Girls." Dunham was recently hospitalized for a ruptured cyst. In a Facebook post in February, Dunham told her fans she'd been dealing with a flare-up of endometriosis, a painful condition in which the tissue inside the uterus grows outside of it.

That tissue can form a type of cyst called an endometrioma, as it did in Dunham's case.

An endometrioma is a type of complex cyst — one that contains both solid and fluid components. Jerath says that while complex cysts are sometimes normal, they can also be related to reproductive health issues, like infertility, endometriosis, pelvic inflammatory disease, hemorrhagic cysts, dermoid cysts or ovarian tumors.

So, what should you do if you think you might have an ovarian cyst? See your gynecologist. But if you experience a sharp, severe pain in your lower pelvis — especially one accompanied by fever, rapid breathing, vomiting, or dizziness — get to an ER right away.

And while you can't prevent a cyst from bursting, Jerath says there are things you can do lower your risk. "Sometimes combination hormonal birth control pills may be prescribed to prevent ovulation and decrease the risk for future cysts, treat conditions like polycystic ovarian syndrome or decrease your risk of ovarian cancer"

Now That's Interesting
A dermoid cyst forms when cells inside the ovary start dividing, even though they haven't been fertilized. These cysts can grow up to 10 centimeters, or almost 4 inches. Dermoid cysts contain genetic material, and doctors sometimes find hair and teeth inside them.

Just What Was the Tully Monster? New Science Finally Explains the Enigma 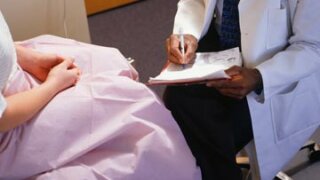 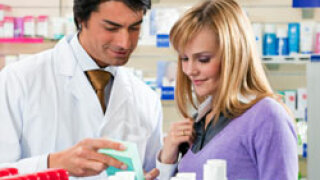 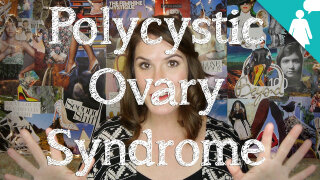