by Kate Kershner May 25, 2017
A new study shows a simple diagnostic test that involves flushing the fallopian tubes with oil can improve chances of conception for the infertile. BSIP/UIG via Getty Images

When confronted with a seemingly unexplainable medical condition, the best-case scenario is that it goes away on its own. The second-best-case scenario? That simply running a test to explore the condition further is, in itself, the cure. And that's precisely the case for some infertile women who have their fallopian tubes "flushed."

The inability to conceive after a year of unprotected sex puts about 1 in 6 couples in the U.S. under the large umbrella of "infertile." Because there are many causes of infertility that aren't immediately clear, women might undergo a hysterosalpingography (HSG), a century-old X-ray procedure that allows doctors to look at the uterus and fallopian tubes for any abnormalities or blockages.

X-rays need a contrast medium, containing a dye, to highlight the internal structures of the body. Doctors now use ultrasound scans or water-based mediums that produce better X-ray images than previous oil-based substances, and oil contrast is known to (in rare cases) leak into the blood and cause embolism. But for decades, the go-to for HSGs was a solution called Lipiodol, or iodized poppy-seed oil.

In other words, the HSG was nothing but a diagnostic or exploratory test. But there's long been talk that after an HSG, women were suddenly able to conceive. A new study in The New England Journal of Medicine has confirmed that the oil-soluble solution used in the test somehow breaks down a barrier to conceiving. In fact, of the 1,119 infertile women tested, 39.7 percent conceived after only one HSG with an oil-based agent as opposed to 29.1 percent of those tested the water-based medium.

The researchers aren't sure why the oil-based solution helps conception, but they posit that the solution flushes debris or mucous plugs from the fallopian tubes, clearing blockages that caused the infertility. (Blocked fallopian tubes prevent conception in 40 percent of infertile women.) No matter the cause, they consider it a major victory for women who might be able to avoid costly in vitro fertilization treatment by opting to try this simple procedure first.

Now That's Interesting
The researchers point out the study wasn't exactly "blind," since the doctors who administered the solution also read the X-rays, and it's easy for professionals to see the difference between the oil and water contrast. However, the authors point out that since an ongoing pregnancy is a pretty objective end point, the doctors weren't compromising the results.

Here’s Something Else Your Smart Watch Can Do: Detect Irregular Heartbeat 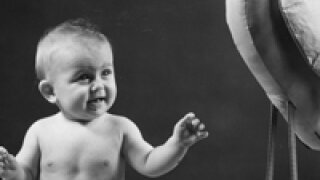 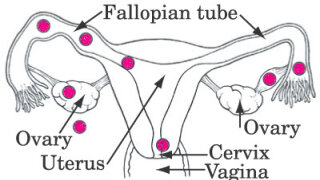