by Dr. Mohan S. Palaniswami
Next

Q: What is impotence? Can it be treated?

A: Impotence is the inability to achieve or maintain an adequate erection frequently or regularly. It is important to understand that one episode of decreased ability for erection does not mean someone is impotent.

You should feel free to speak to your doctor about your sexual activity. It is a normal part of health, and physicians are trained to discuss, evaluate and treat, when necessary, these issues. A doctor can evaluate each individual to assess potential causes for impotence and determine the proper treatment, if any, that is needed.

For example, in many younger patients, impotence is due to the use of medications. Most often, discontinuation of those drugs returns sexual function to normal. In older patients, vascular disease, neurologic disease, and medications are common reasons for impotence.

Certain conditions are more frequently associated with impotence. Up to 25-50% of men with diabetes will have some degree of erectile dysfunction. In some cases, stress, fear and other feelings can lead to trouble developing an erection.

The diagnosis requires a full health evaluation to consider all of the possible causes. In some cases, it can take time to determine what the exact cause for the impotence is.

In many cases, treatment is quite effective. Treatment depends on the cause of the impotence, and can range from stopping of a medication to treating an infection to implanting prosthetic devices to starting new medications. Sexual well-being is a very important part of an individual's over-all health. Physicians and other health professionals are important resources for considering your sexual health into your over-all health management.

Q: I don't like using condoms and am thinking of getting a vasectomy, but is it reversible?

A: Vasectomy can be a very effective method of birth control. Usually, a condom should continue to be used for the first three to six months after a vasectomy as there could be sperm stored in the vas deferens (the conduit which sperm uses to travel out of the testicles and through the penis.)

More importantly, condoms protect from the transmission of sexually transmitted disease. Vasectomy offers no such defense.

Once done, vasectomy is potentially reversible, but the success of reversing the procedure varies. Scarring from the initial procedure can cause irreversible damage to the vas deferens making a revision of the vasectomy impossible.

Also, the testis can stop producing or greatly reduce the amount of sperm in the semen to the extent that 10 to 30 percent of the semen after reversing the procedure may not contain any sperm.

Pregnancy rates after reversing vasectomy can be reduced by up to 50%. If cost is an issue, the reversal is up to five times more expensive, and most insurers will not pay for the procedure.

If vasectomy is desired, an option for future offspring may be to store sperm in a sperm bank in case the vasectomy is permanent. Prior to planning such a procedure, careful consultation with your primary care physician and a urologist should occur so that you fully understand the risks involved.

Q: I have my prostate looked at yearly by my doctor, and I was told that my PSA was normal, but what is it?

A: PSA stands for Prostate Specific Antigen and is a marker in the blood that is made almost exclusively by the prostate.

Recently, it has become the standard of care to check a PSA level in men over the age of fifty. This was done because of the rising population of elderly men in the U.S. as well as an attempt to better detect prostate cancer before it is too late. The test has performed its job almost too well.

A level of less than 4 is normal, while a level greater than 10 indicates a greater than two-thirds chance cancer being present. A study at the University of Washington in 1995 seemed to indicate that using this marker can catch up to 97 percent of prostatic cancers at the most easily-curable stage, that is, when the cancer is only in the prostate.

Because of the possibility of an increase in PSA with these other causes, sometimes a high PSA by itself may be overtreated and additional invasive testing is done when it may not have been needed.

So PSA is not an ideal test, but it is the single best test for detecting prostate cancer early. Therefore, it is of utmost importance that if a PSA test comes back high, your primary care physician and/or a urologist or oncologist should carefully correlate it with a physical exam as well as a thorough medical history.

They can then decide what disease the elevated PSA might suggest. Further testing can be decided upon at this point. 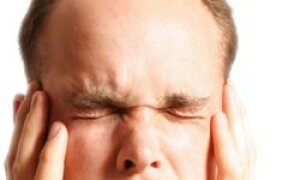