Do new fathers have lower testosterone than single men? 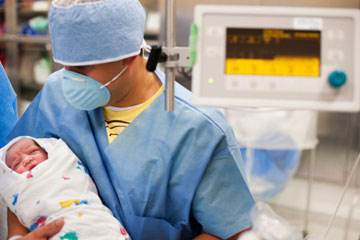 It's plain to see that conceiving a baby alters a woman's body. The growing fetus forces her tummy outward, smoothing out the bellybutton's inward divot. Lactation engorges her breasts with antibody-rich milk, and over the nine months leading up to delivery, healthy moms will gain between 25 and 35 pounds (11 to 15 kilograms) of weight from amniotic fluid, increased blood supply, additional fat storage -- and, of course, the eagerly awaited newborn. And when that birthday comes, the hormone oxytocin surges through a new mother's bloodstream during childbirth, forging the initial maternal-infant bond.

But what about new dads? A 2009 British poll suggests that dads-to-be put on pregnancy weight of their own. The 5,000 respondents gained an average of 14 pounds (6 kilograms) during their partners' pregnancies, attributing the scale's uptick to eating out more often and stocking more snacks in kitchen cupboards to satisfy prepartum cravings [source: Belkin]. Otherwise, men's bodies remain superficially unaffected by their children's births, but that doesn't mean that they're untouched by the parenting process on a deeper level.

Scientific research, which has only recently begun to investigate how fatherhood affects men internally, has uncovered intriguing neurological and physiological transformations that underscore males' crucial role as caregivers. In November 2009, a study out of the University of Calgary determined that interaction with new offspring stimulates neurogenesis, or brain cell growth, in male rats [source: Mak and Weiss]. Mouse dads that nuzzled up to their newborn pups benefited from neurogenesis in their olfactory region and hippocampus, which regulate smell and long-term memory, respectively. In mammals, odor mediates parent-child recognition, and those same mouse dads were able to identify their young even after a sustained period of father-pup separation [source: Mossop].

A similar type of nose-brain bonding takes place in mouse moms' brains as well, but intriguingly, mouse dads that don't come in contact with their brood don't experience it. Moreover, the same hormone that cranks up milk production for breastfeeding, prolactin, also controls that new dad neurogenesis [source: Mossop]. The big difference is that prolactin secretion and breast milk production occur regardless of interaction between mother and child, whereas paternal investment must precede neurogenesis and other physiological shifts in fathers, both rodent and human. 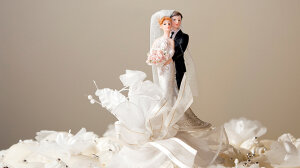