Is Licorice the Lady's Viagra?

by Laurel House
Next 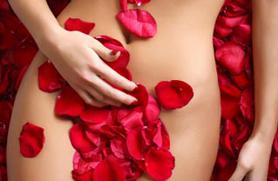 Gentlemen: You plan a seemingly "perfect" romantic evening complete with roses and champagne; you even douse yourself in expensive cologne. But at the end of the night your lady conks out—no luck. Sound familiar? It's not just the green-minded who get turned off (physically) by cut, chemically-sprayed roses and fake scented body sprays. Despite science's best efforts, nature tends to win out when it comes to sexual stimulation.

If you want to get your lady in the mood, skip the chemically-infused cologne and find some black licorice instead. Yes, the scent of the naturally stimulating botanical is said to stimulate a woman?s libido more than any other aroma.

A study, conducted by Alan R. Hirsch, neurological director of the Smell and Taste Treatment and Research Foundation in Chicago, revealed that women who were exposed to the scent of licorice reported a 13% increase in bloodflow to their netherland compared to a 1% reduction from the scent of men's cologne. Though the exact reason that licorice arouses women is unclear, Hirsch believes that it is either an unexplained chemical reaction in the brain or olfactory-evoked nostalgia.

But same doesn't go for guys. The "licorice effect" that gets women steamed up can actually dampen the libido of a man.

Next time you plan an enchanting evening, nevermind that contrived concept that "every woman loves roses" and instead serve your sweetie a cup of organic licorice tea and all-natural licorice candies for dessert. Good luck!

Got a tip or a post idea for us to write about on Planet Green? Email pgtips (at) treehugger (dot) com.