by Jesslyn Shields Mar 23, 2017
Researchers have developed a new technology called Fertilex, which may provide an inexpensive, easy way to test male fertility at home using a smartphone. WIN-Initiative/Getty Images

Are you a man interested in being able to cheaply test the sperm concentration and motility of your semen at a moment's notice?

Yes? Well, you should definitely keep reading then. (Same goes for those women interested in fertility, or those who just love cool tech and have zero interest in passing on their genes in the near future.)

About 45 million couples worldwide struggle with infertility, and male infertility is responsible for about 40 percent of these cases. And although routine semen analysis would probably help a lot of these couples, testing semen these days is a pretty expensive and involved procedure that involves visiting a special lab with trained technicians, and then waiting as long as a week for the results. To top it off, there's a certain amount of cultural and social stigma that goes along with male infertility, and embarrassment alone might prevent some men from getting tested at a clinic.

Well, a team of Harvard researchers has an app for that. An app, and more. As they describe in a new article in the journal Science Translational Medicine, the system is a portable, easy-to-use smartphone attachment that contains a disposable microchip that can measure semen quality in seconds using just the camera and processing power on the phone. Users would place their smartphone into an analysis attachment, then place a sample of semen on a chip that's then inserted into the attachment, with results displayed on the smartphone. (See diagram below.) Nothing has to be sterile, nothing has to be diluted, and the supplies to make the thing cost just $4.45.

As part of the development process, the system was been tested by 10 men with no advance training, who used it to correctly analyze 100 semen samples. Beyond that, the research team tested 350 clinical semen specimens and found the device could correctly detect low sperm concentrations or low motility with better than 95 percent accuracy.

"The ability to bring point-of-care sperm testing to the consumer, or health facilities with limited resources, is a true game changer," said Dr. John Petrozza, a co-author of the study and director of the MGH Fertility Center, in a press release. "More than 40 percent of infertile couples have difficulty conceiving due to sperm abnormalities and this development will provide faster and improved access to fertility care.

There's no news yet as to when this technology will be available for the smartphones of the general public, though the scientists say they see it being possibly available within two years. The research team, however, envisions its benefit not only for couples with infertility issues, but also for men who want to make sure their vasectomies were successful. They suggest it could also be used as a diagnostic tool for mobile health clinics in developing countries, or adapted for use as a tool for animal breeders.

Now That's Interesting
Male infertility can be caused by a variety of medical and environmental conditions. It's estimated that 12 percent of men worldwide will experience infertility at some point in their lives.

Relying on GPS Prevents Parts of Your Brain From Activating 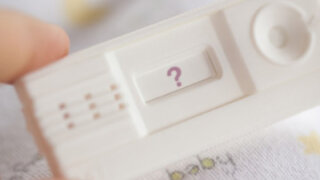 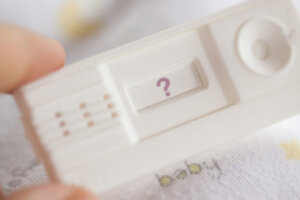