Take That, Viagra! Sound Waves Can Help With Erectile Dysfunction

by Nichole Bazemore Mar 9, 2016
During a treatment, doctors direct shock waves to multiple sites along the penis. The waves cause new blood vessels to grow, and that promotes healthy blood flow to the organ. Kcastagnola/Thinkstock/HowStuffWorks

A little shock therapy could be just what the doctor ordered. It's called "low intensity extracorporeal shock wave therapy (LI-ESWT) for erectile dysfunction," and researchers believe it's the first viable alternative to the "little blue pill" Viagra in 15 years.

ESWT isn't new. It's often used to treat chronic, painful orthopedic conditions, like joint injuries and stress fractures. ESWT uses acoustic shock waves — short but strong pulses of energy that move faster than the speed of sound — to stimulate certain components within the body so the injury can heal. (The energy pulses, which last for 10 milliseconds, literally break the sound barrier, creating shock waves.)

Scientists believe ESWT works in much the same way to reverse erectile dysfunction (ED). During a treatment, doctors direct these sound waves to multiple sites along the penis. The waves cause new blood vessels to grow, and that promotes healthy blood flow to the organ. (ED is often caused by a lack of blood flow to the penis.)

This video shows how it works:

The treatment may not be effective for every case of ED, but the research is promising. In 2013, a team from Rambam Medical Center in Haifa, Israel used ESWT in a trial of 20 men who'd been living with ED for at least three years. After receiving treatment, 15 of them were able to have spontaneous erections and resume normal sex lives — a full six months after undergoing ESWT.

Researchers published their findings the journal Therapeutic Advances in Urology. Their conclusion? "LI-ESWT is a revolutionary treatment of ED, and probably possesses unprecedented qualities that can rehabilitate erectile tissue," they wrote.

In separate research conducted in 2014, a team at Denmark's Viborg Hospital studied men with ED and split them into two groups. Fifty-one men received five weekly doses of ESWT to six sites along the penis. Fifty-four men were given placebos. Researchers followed them for 24 weeks.

After five weeks, 29 of the men (57 percent) who received LI-ESWT were able to get an erection and have sex without help from meds. But only five of the men (9 percent) in the placebo group were able to do the same.

After 24 weeks, seven men who'd received ESWT and nine who'd taken placebos were still able to have intercourse without medication. The authors noted that this showed ESWT would work for some patients but more research and a longer follow-up with the placebo group was needed. Findings were published in the Scandinavian Journal of Urology and also discussed this past February at a meeting of the European Society for Sexual Medicine in Spain, along with other studies.

But hold the applause. Exactly what kind of man would sign up for the shock treatment? Men who want to enjoy an active sex life but don't respond well to Viagra and its side effects, which include headaches, dizziness, abnormal vision and stomach pain.

ESWT doesn't have side effects. In fact, at its 2015 annual meeting, the American Urological Association called the procedure "safe, effective, and well-tolerated treatment for erectile dysfunction." The shock waves give off only a mild sensation.

So, where can you sign up? Not so fast, jackrabbit.

Several clinics around the world offer the treatment, but the U.S. Food and Drug Administration hasn't approved it for use in treating ED. And even if does, the cost might of ESWT might be an issue for many men. When it's used to treat orthopedic conditions, the cost runs close to $1,000, and often isn't covered by insurance.

But if you suffer from ED, don't get discouraged. Hope is on the horizon. That's reason enough to perk up.

Now That's Cool
Doctors hope to find a cure for ED within the next decade, according to a study published in Therapeutic Advances in Urology. Two possibilities under investigation: injecting plasmids — small DNA molecules — into the erectile tissue, and stem cell therapy.

'I Would Never Say That I Model as a Man': Androgynous Models Clear the Air 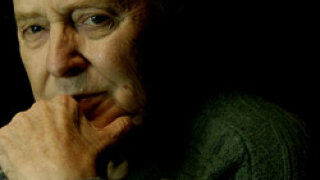 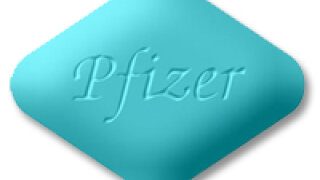