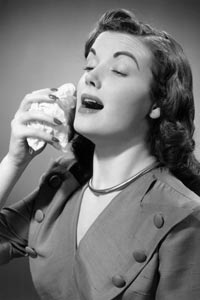 Although the reasons for having sex of any kind are varied and complex, reaching orgasm is usually the goal. Because we're all so different, coming up with a universal description of an orgasm is impossible. The one thing that most people can agree on is that it's an incredibly, intensely pleasurable experience.

So what is it? When in doubt, go to the dictionary. The Oxford English Dictonary defines an orgasm as "a sudden movement, spasm, contraction, or convulsion [...] a surge of sexual excitement." Merriam-Webster gets more descriptive, stating that it's "an explosive discharge of neuromuscular tensions at the height of sexual arousal that is usually accompanied by the ejaculation of semen in the male and by vaginal contractions in the female." The famous sex researcher Dr. Alfred Kinsey once said that an orgasm "can be likened to the crescendo, climax, and sudden stillness achieved by an orchestra of human emotions ... an explosion of tensions, and to sneezing" [source: Geddes].

Dr. ­Kinsey's comparison to sneezing might be debatable, but other than that, all of these definitions are basically correct. They're just a few of the many different attempts to describe exactly what it means to have an orgasm.

Nearly every aspect of the orgasm -- what's required to have one, why some people can't seem to achieve one, why we have them at all -- has been the subject of much research and debate. What happens to the body during an orgasm is pretty well-known, and it's no surprise that the brain plays a big part in reaching one. But researchers are still in the process of figuring out exactly what's happening in the brain during an orgasm. Let's start with looking at the messages that the body sends to the brain.