Pleasure Center of the Brain: Light It Up 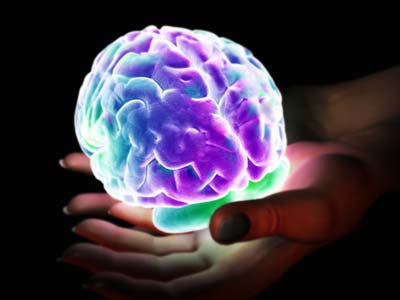 You may have heard that the brain has a pleasure center that lets us know when something is enjoyable and reinforces the desire for us to perform the same pleasurable action again. This is also called the reward circuit, which includes all kinds of pleasure, from sex to laughter to certain types of drug use. Some of the brain areas impacted by pleasure include:

Although scientists have long been studying the pleasure center, there hadn't been much research about how it relates to sexual pleasure, especially in women. In the late 1990s and the mid-2000s, a team of scientists at the University of Groningen in the Netherlands conducted several studies of both men and women to determine brain activity during sexual stimulation. The team used PET scans to illustrate the different areas of the brain that would light up and shut off during sexual activity. In all of the tests, the subjects were scanned while resting, while being sexually stimulated and while having an orgasm.

Interestingly, they discovered that there aren't too many differences between men's and women's brains when it comes to sex. In both, the brain region behind the left eye, called the lateral orbitofrontal cortex, shuts down during orgasm. Janniko R. Georgiadis, one of the researchers, said, "It's the seat of reason and behavioral control. But when you have an orgasm, you lose control" [source: LA Times]. Dr. Gert Holstege stated that the brain during an orgasm looks much like the brain of a person taking heroin. He stated that "95 percent is the same" [source: Science News].

There are some differences, however. When a woman has sex, a part of the brain stem called the periaqueductal gray (PAG) is activated. The PAG controls the "flight or fight" response. Women's brains also showed decreased activity in the amygdala and hippocampus, which deal with fear and anxiety. The team theorized that these differences existed because women have more of a need to feel safe and relaxed in order to enjoy sex. In addition, the area of the cortex associated with pain was activated in women, which shows that there is a distinct connection between pain and pleasure.

The studies also showed that although women m­ay be able to fool their partners into thinking they've had an orgasm, their brains show the truth. When asked to fake an orgasm, the women's brain activity increased in the cerebellum and other areas related to controlling movement. The scans didn't show the same brain activity of a woman during an actual orgasm.

But what about people who can't reach orgasm at all?