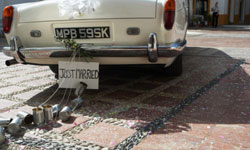 From 1970 to 2010, the number of American women heading to the altar tumbled from 76.5 million to 34.9 million [source: The National Marriage Project]. That dip in marriage occurrence isn't indicative of cases of cold feet sweeping the nation, but rather a shift in how people approach the institution. Specifically, unwed couples are choosing more often to live together first and tie the knot later.

Dismal divorce statistics during those intervening decades may have also subliminally instilled concerns about the veracity of 'til-death-do-us-part. After all, romantic love isn't expected to burn brightly forever, at most smoldering into what psychologist Theodor Reik termed a "warm afterglow" in his 1944 book "A Psychologist Looks at Love" [source: Avecado and Aron]. Today, anthropologist Helen Fisher gives young lovers a brief four or five years before the honeymoon phase crests and wanes, correlating to the amount of time it takes to wean a child [source: Slater].

Is that brief window worth the $28,000 spent on the average wedding [source: Clark]? Of course, there isn't a correct blanket answer for everyone. Fortunately, contemporary researchers peeking into the interpersonal and neurological pathways and logjams of long-term love have uncovered a host of ingredients for making it work. The only trouble is some are completely out of our control, at times rendering us defenseless to the whims and wherefores of romance.

In 2008, for instance, Swedish researcher Hasse Walum identified a male gene variation linked to relationship instability [source: Greenfieldboyce]. Men with altered versions of the so-called "fidelity gene" weren't necessarily more likely to cheat but scored lower on measures of partner bonding, such as how often they kiss [source: Greenfieldboyce]. Then again, Walum cautioned that the complexity of romantic relationships undoubtedly outweighs the influence of DNA. 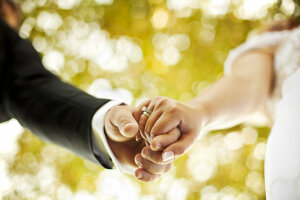 Is marriage a good investment?